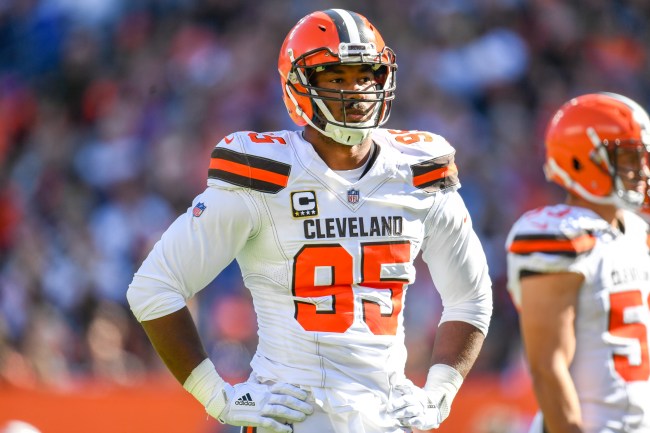 I recently listened to Joe Rogan’s interview with Area 51 employee Bob Lazar and watched Area 51 & Flying Saucers on Netflix, so I have become a certified expert on extraterrestrial life. Hold your applause.

It’s a damn shame that I had to go through that rigorous educational crash course when all I had to do was wait a few days for an alien to reveal himself in the flesh. Or whatever they’re made up of.

Browns Pro Bowl defensive end Myles Garrett, who led the team in sacks (13.5) despite only playing in 11 of 16 games, is looking to murder someone in his junior season in the NFL if these workout videos are any indication.

Garrett, a 6’4”, 270-pounder who was selected first in the 2017 Draft, posted a series of Instagram videos that make me feel like a baby back bitch.

If I tried this there’s an 80% chance I’d rip both arms completely off my body. pic.twitter.com/F96r6gDWxs

Video 2: Garrett ups the ante–raising the jump by 10 inches with 50 lb. dumbbells.

Bonus Photo: Garrett reminding me that I should always wear a t-shirt in the water.

Video 4: A quick Myles Garrett highlight video from last year that proves his alien workouts are translating to the field.

The Browns are fucking coming, man.