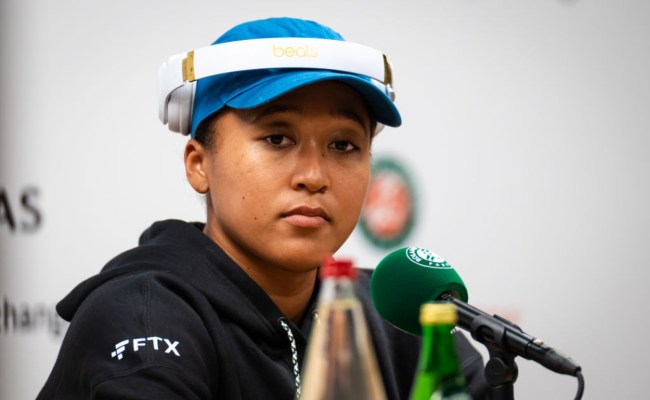 This time a year ago, Naomi Osaka began her boycott of the media and withdrew from the French Open citing “waves of anxiety” she feels while speaking to the press.

The 24-year-old is speaking to the media ahead of this year’s French Open, but doing so ever so delicately.

Speaking to the press on Friday, Osaka spoke candidly of being “worried” about possible run-ins with people she may have “offended” after her boycott and withdrawal a year ago.

“I’m not going to lie. When I first came here, I was very worried. I was just kind of worried if there would be people that — of course, I also didn’t like how I handled the situation — but I was worried that there were people that I offended some way, and I would just kind of bump into them,” Osaka said, according to the AP.

That wasn’t her only concern, she was also worried about the media she refused to speak to a year ago would ask her questions about her refusal to speak to them.

“I was also very worried about this press conference because I knew I’d get a lot of questions about this,” Osaka said.

What did she expect? Of course the media is going to ask her questions about her media boycott. She refused to answer any questions at last year’s French Open and then elected to sit out Wimbledon as well, and did so as a Top 10 player in the world at the time.

At least, the media should have asked her about her boycott.

Based on every report out of Paris on Friday, the media didn’t ask her anything at all about her boycott of the press.

While that story is now a year old, which is a decade old in internet years, one might imagine at least a reporter or two would press one of the most marketable athletes on the planet refusing to sit in front of a mic.

Tennis Media Giving Naomi Osaka A Pass Is No Surprise

Those in the tennis media world seem to have forgotten about Osaka saying athletes deserve “sick days” to avoid press conferences or the fact she suggested a complete overhaul of how press conferences are conducted because she doesn’t like the current format.

The media forgetting (refusing) to ask Osaka a ‘difficult’ question should come as no surprise to anyone paying attention to the Osaka saga over the last year or so.

After boycotting the media Netflix has released a documentary about Osaka (which was her idea in the first place), she was on the cover of Vogue, featured in her own Sweetgreen commercial, was on the cover of Time, has her own Barbie doll, and landed the Sports Illustrated swimsuit cover in 2021.

It’s a good thing that Osaka is back speaking to the media and playing tennis. She’s an unbelievable talent and a huge draw for some fans, but she’s undoubtedly losing fans with these types of interactions with the press.

Then again, she can only answer questions she’s actually asked.