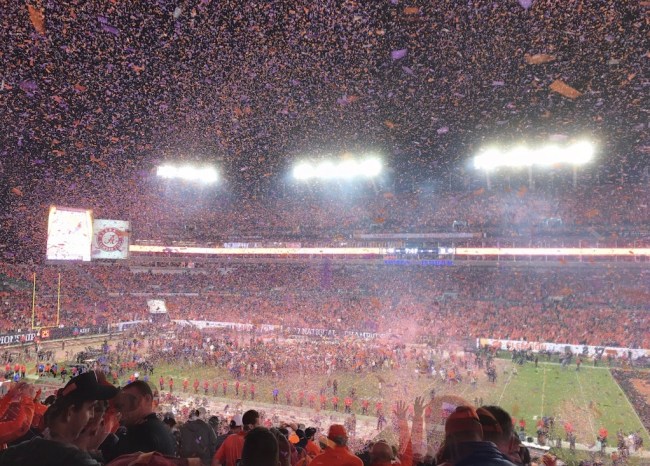 As you already know by now, last night the Clemson Tigers won the National Championship. Vanquishing Nick Saban’s Crimson Tide in the final second of the game, Clemson’s first lead of the night.

I was fortunate enough to attend the game thanks to the bros at Dos Equis who invited me along with a few other bloggers and it was EASILY one of the best college football games I’ve ever been to. The atmosphere was electric, the Dos Equis was endlessly flowing (they are the official/exclusive beer sponsor of the College Football Playoffs), and I watched the game with a great crew of people. I expected to feel pangs of resentment last night at my alma mater not being in the game but the experience was perfect through and through. This is a lengthy blog about my life as a college football fan and how incredible last night was, so I hope you’re ready to do some reading.

I’m an FSU fan. I graduated from Florida State University during the ‘lost decade’. The decade in which the world saw Bobby Bowden’s once great dynasty slip into relative obscurity only to be resurrected by Jimbo Fisher who won the BCS National Championship in 2013.

When I was at FSU our biggest rivals were Miami and UF. With Miami, it was a blood feud, and to some degree it still is. From 2000-2004 Miami beat the ‘Noles 6 consecutive times in just 5 years, with two wins coming in the 03-04 season due to a bowl game matchup. Our other biggest rivalry then (and still) was our in-state foe, the Florida Gators. They had Tebow for my latter years of college and the Gators managed to pull off a 6-game win streak versus the noles from 2004-2009…something I’ve lost a lot of sleep over.

These days are different. I still respect the Gators as our most heated rival because of geographic proximity, but they’ve only won 1 of the past 7 games against us. And the Miami rivalry has become laughable, with their last win against the ‘Noles coming in 2009 and FSU has won 10 of the past 12 games against the Hurricanes.

I say all of this because even though Clemson’s been a traditional rival of ours the rivalry has SPIKED in recent years. With Jimbo and Dabo producing some of the most talented and highly ranked programs in the nation (though we’re still chasing ‘Bama) the FSU-Clemson game just means more than it has in recent years, and so when I watched Clemson win it all last night I expected to feel resentment, to be bitter at what could’ve been for the ‘Noles if injuries and bad decisions hadn’t factored into our season so much. Instead, I was elated for the Clemson fans. 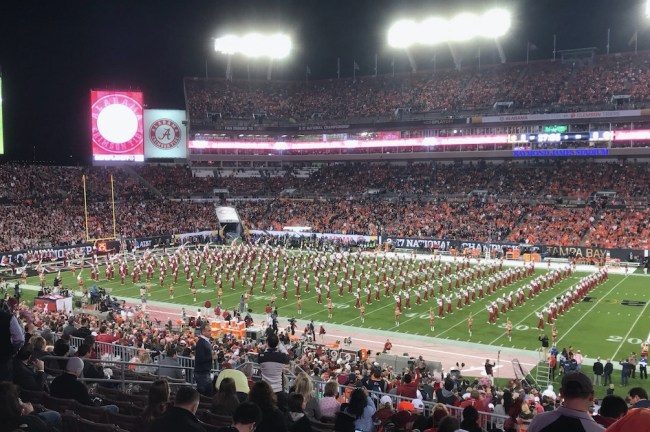 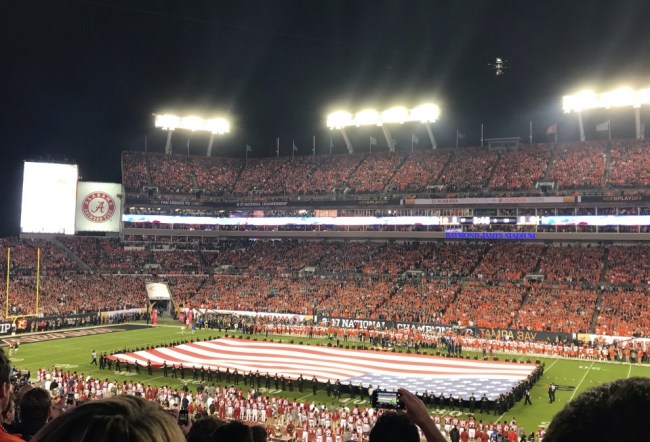 If I was ever forced to watch Miami win a National Championship in person I’m fairly certain I’d lose my goddamn mind. But, I found myself rooting for Clemson most of the night in spite of them being one of our biggest rivals and this is something I’ve never experienced as a football fan until last night, and I want to extend my warmest thank you’s to all you Bama and Clemson fans for being so awesome last night…and a MUCH BIGGER THANK YOU to Dos Equis for bringing me out to the game….Maybe it was the beer that put me in such a good mood, or maybe I’m just getting older and less bitter as a human being.

To all you Clemson and Bama fans out there, I have to say that I left the game last night wanting to become a better college football fan. I’m sure there were a handful of fights inside/outside of the stadium but I didn’t see any of that. In fact, from the time I showed up at the stadium around 5pm until we left after midnight NOT ONCE did I see opposing fans being dicks to each other. I tip my cap to everyone in attendance last night for being the living example of how to act and compose yourself on the game’s biggest stage…Also, I’d like to extend a final thank you to any of you bros still reading this long and rambling blog post about my life as a college football fan, you’re the real MVP…Now, stay thirsty my friends.