Hunting For A Job? Natty Light Might Help You Out By Putting Your Résumé On Car During A NASCAR Race 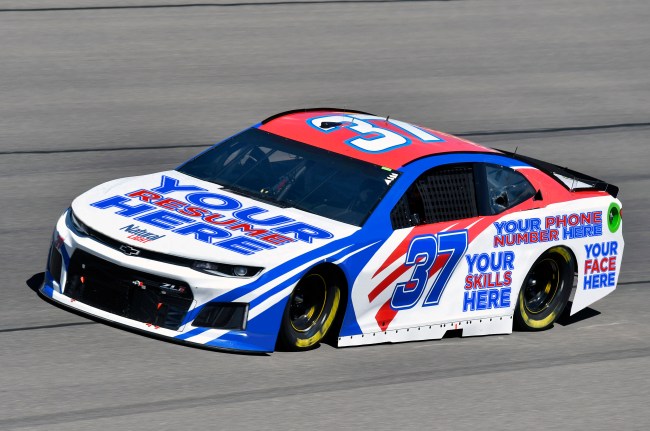 If you’ve been unemployed in the past few years, you’re likely all too familiar with how excruciating the job-seeking process can be. There’s nothing better than spending multiple days stressing over your résumé before summoning up the courage to hit “Submit” and never even getting an email from the company acknowledging your efforts (before repeating the process 30 times).

It’s incredibly easy for résumés to get lost in the void unless you A) have a connection at the company you’re applying with or B) can do something to make yours stand out in the crowd. Unfortunately, that second option is much easier said than done, and if you don’t have a creative mind and a background in graphic design then you’re mostly shit out of luck.

However, if you fall into that camp, there might be hope on the horizon thanks to Natty Light. On Monday, the company announced it’ll be transforming the stock car it sponsors into a one-of-a-kind résumé during a NASCAR race this fall in order to help one lucky job-seeker set themselves apart from the rest of the pack as their car attempts to do the same.

Here’s how to put yourself into contention:

To be considered for the paint scheme, any person over the age of 21 can:
– Send their resume to NattyRaceResume@anheuser-busch.com
– Entries are open between July 30–August 6.

The chosen resume will be announced, and the paint scheme will be revealed on September 10, 2018 ahead of the South Point 400 on September 14-16. Selected by Natural Light, the resume will be plastered all over Buescher’s #37 car and include the person’s head shot, qualifications, skills, contact information…and anything else they think sets them apart!

This is hardly the first time Natty has done people a solid like this. In February, they announced they were giving away $1 million to help cover student loan debt and also held a contest to find a new brand manager earlier this year.

Sure, this might be a longshot, but at least you don’t have to worry about a cover letter.