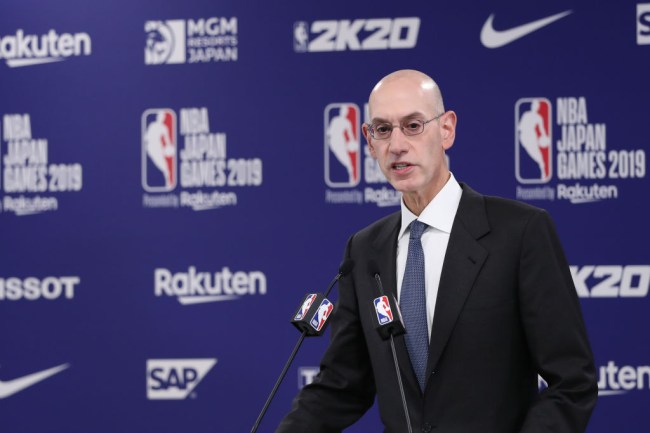 We’ve got yet another development involving China, the NBA and the media or should we say lack thereof.

The Brooklyn Nets and Los Angeles Lakers are set to play their second preseason game in China on Saturday, but the scheduled media availability has been canceled by the NBA.

Per Sports Illustrated, the NBA came to this decision after discussions with the teams and the National Basketball Players Association.

“We have decided not to hold media availability for our teams for the remainder of our trip in China,” the NBA said. “They have been placed into a complicated and unprecedented situation while abroad and we believe it would be unfair to ask them to address these matters in real time.”

All of this started when Houston Rockets GM Daryl Morey tweeted “Fight for Freedom. Stand with Hong Kong” a week ago essentially expressing his support of major pro-democracy protests surrounding an extradition bill introduced back in April.

Following Morey’s tweet, things got ugly between the Chinese government and the NBA. The government canceled a number of scheduled events and on Wednesday the country’s state-run television network released a statement that NBA preseason games in China would not be broadcasted.

For Saturday game’s case, the NBA wanted to get out ahead of things and save any bit of face its image may still have in the eyes of the Chinese government.

No player or coach from the Nets or Lakers has reacted or spoken on the ongoing situation, but the same can’t be said for the Rockets who were in the country earlier in the week taking on the Raptors. A CNN reporter asked James Harden and Russell Westbrook about speaking out about political matters, but was quickly shut down by a Rockets media relations official which did not sit well with anybody.

Journalist gets quickly shut down when she asked James Harden, Russell Westbrook if they would refrain from speaking out on politics/social justice after China debacle… pic.twitter.com/VkXSWo0N0s

Saturday’s preseason game could very well be the last NBA event in China for many years to come.