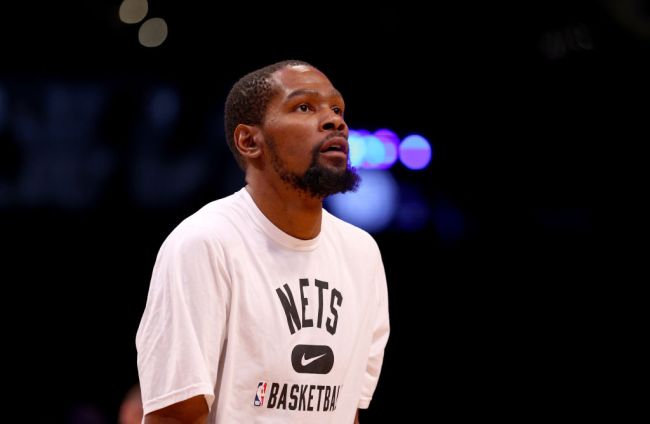 It’s been nearly 2 weeks since Kevin Durant requested a trade from the Brooklyn Nets and where he will spend next season remains one of the biggest stories in the world of sports.

Now his trade request may become an even bigger deal. Adam Silver discussed the news yesterday and revealed that the league will talk to the NBAPA about fixing the issue of players requesting trades.

Adam Silver says the NBA will talk to the NBPA and fix this issue of players requesting trades.

It seems kind of ridiculous that players requesting trades is an issue the commissioner feels needs to be fixed when those same players can be dealt by their teams at any moment.

It seems even more ridiculous in this particular instance. With Kevin Durant, we’re talking about a player who has only ever changed teams through free agency throughout his career. He also has plenty of reason to want to leave the Brooklyn Nets.

Durant’s tenure with the Nets hasn’t been anything close to what he signed up for. Kyrie Irving has rarely been available to play alongside Durant, the James Harden experiment was a disaster, and Ben Simmons is a massive question mark. Durant clearly made a mistake when he joined the Nets.

For some reason, the NBA and its fans don’t think he should be able to try to fix that mistake, but teams are applauded for doing the same. Nobody has a problem with the Lakers shopping Russell Westbrook. Knicks fans weren’t upset about it when their team decided they didn’t want to pay Kemba Walker millions of dollars to sit on the bench again next season.

Kevin Durant should be allowed to do whatever he thinks is best for his career and him requesting a trade really isn’t something the league office should be concerned about.