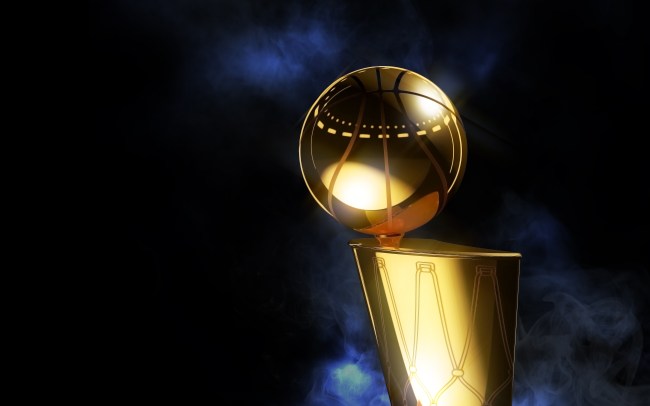 The NBA Finals got underway last night, and, in a somewhat shocking result, the Toronto Raptors stole Game 1 away from the favored Golden State Warriors — albeit on their home floor. While basketball fans are hoping that means a long and dramatic series, with the majority of America hoping for an upset, we’ll have to all wait and see how the Dubs respond.

We all know about the storylines of these NBA Finals’ — like Kevin Durant and DeMarcus Cousins’ injury status, the antics of Raptors superfan Drake, and a bunch of other stuff — so it’ll be interesting to see how those impact the final outcome. And while the players in the series have lots of motivation to win a title, outside of getting a title ring, a gigantic incentive to becoming an NBA champion is the massive bonus check that comes rolling in for each player.

Sure, mostly every player in this series has money to burn, but, who wouldn’t want to add another six-figure bonus for the accomplishment of hoisting the Larry O’Brien Trophy? According to CNBC Make It, the amount is pretty significant.

The NBA creates a “players’ pool” each season that’s split among the teams that make the playoffs and finals, and the National Basketball Players Association helps decide how it’s divvied up. This time, the pool is about $22 million, an NBPA representative confirmed to CNBC Make It.

Using data from sports website SB Nation, we crunched the numbers to provide our best estimate of how much this year’s champs could get, since the NBPA declined to share those details.

So, there you have it, fellas. As if it’s not baller enough to flash one of those mega-studded diamond championship rings for winning the NBA Finals, every single player on the winning team in this series will walk away with about $240,000 in additional income; I’m not bad, you’re mad.

Obviously, playing in the NBA Finals is a dream come true of a lot of these players — even those on the Warriors who have now been two five-straight and have won three. So, while the additional income is an enticing incentive to winning the whole thing, it’s not the main motivation behind trying to become a champion. But, damn, for most of us regular Joes it would be.