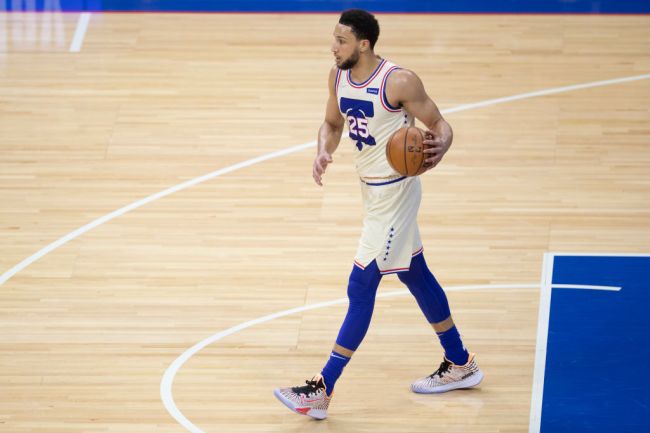 We’ve spent much of this NBA season watching as Ben Simmons dealt with off-court issues between himself and the Philadelphia 76ers. It ended with Simmons being traded to join forces with Kyrie Irving and Kevin Durant (whenever all 3 actually become available) for the Brooklyn Nets.

Now that he has found himself a new team where he believes he’ll be more appreciated than he was in Philly, he can turn his focus back to the issues he was dealing with on the court. When we last saw Simmons, he was still struggling as a shooter to the point that teams could just leave him alone behind the 3-point line.

While many fans see his 5 career 3s as the true indicator of how much he struggles to shoot, there is a much bigger issue with his game. Simmons is a career 59.7% free throw shooter. That’s terrible by just about any standard and is a huge problem for a player whose abilities require him to play around the basket.

“He definitely could be fixed. Somebody already told me he said he would never want to do it, but I don’t understand: What difference does it make how you do it? If he was an 80-percent shooter, with his size, he would be like Shaq. You could take him and post up those little guards and he would just abuse them — and he could hope he got fouled. He would be such a dominant factor. He becomes one of the best players in the league.”

While Simmons may not like the idea, it’s hard to argue with the results we’ve seen from the Barry family’s underhand shooting. Rick Barry was a career 89.3% free throw shooter in the NBA and his youngest son, Canyon, was just over 88% during his time at Florida.

Ben Simmons needs to do something to improve as a shooter if he’s ever going to live up to the potential many saw when he was drafted first overall. Maybe underhand free throws could be a good start to fixing his issues.