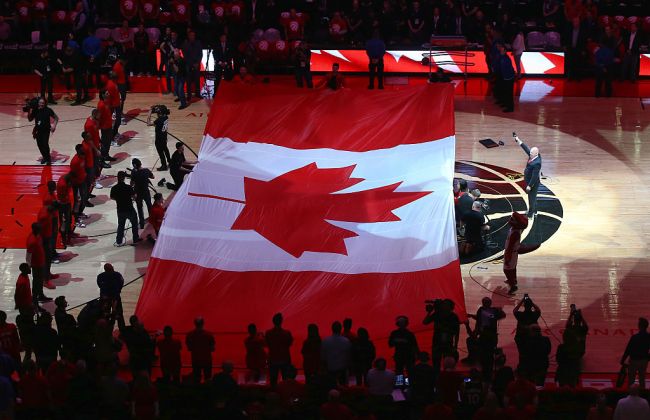 Unvaccinated NBA players will be allowed to travel to Canada for games against the Toronto Raptors, but if they breach quarantine then they could face criminal charges.

Unvaccinated players, who are required to take a COVID-19 test upon arrival in the country, will only be allowed to leave their hotel for team activities. If they don’t abide by that rule they would be breaking Canada’s Quarantine Act, where violations can lead up to six months in prison and/or $750k in fines.

Sources: NBA players were informed unvaccinated players who breach quarantine in Toronto face criminal offense. Unvaccinated players only able to leave hotel for team activities. Per Canada's Quarantine Act, violations could lead to up to 6 months in prison and/or $750K in fines.

The NBA can’t mandate the vaccine, but we’ve seen local regulations in cities like San Francisco and New York force players who play for teams in those cities to receive the shot if they want to play – and be paid – for home games.

The Knicks’ entire roster is vaccinated, but the same can’t be said for the Brooklyn Nets as Kyrie Irving has made it clear that he has no plans of getting the shot anytime soon.

The Warriors were in the same boat as the Nets as Andrew Wiggins, who is Canadian, had decided to not get the vaccine. After it became clear that Wiggins would forfeit his paychecks for all 41 home games this season if he remained unvaccinated, he ultimately decided to receive the jab.