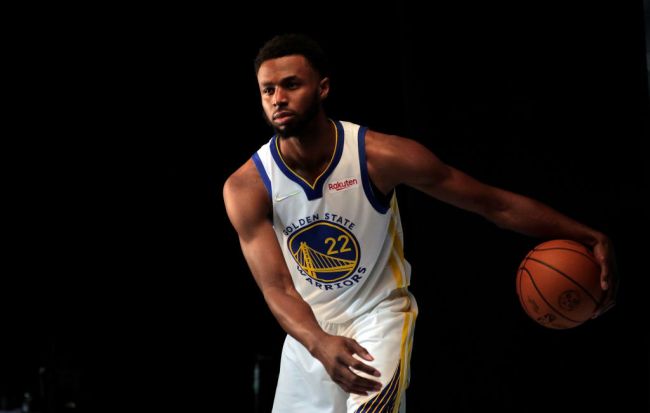 After the NBA Mutumbo’ed his religious exemption request in September, Andrew Wiggins has officially been poked, becoming a sinner in the process.

“Andrew got vaccinated,” Kerr said. “He just told me today that he was fine with us acknowledging it and that will be the end of it. I’m not going to answer any questions beyond that.”

The news comes six months after the 26-year-old announced he would not get vaccinated unless he was forced to, and in light of the San Francisco regulation prohibiting unvaccinated people from attending large indoor gatherings, Wiggins was faced with getting the shot or sitting out of 41 home games and forgoing over $15 million in salary.

“It’s my problem, not yours,” Wiggins said last week.

The NBA announced last week that players who do not comply with local vaccination requirements will not be paid for the games that they miss due to their status, impacting the Warriors, Nets and Knicks.

Money remains undefeated, even in the face of concrete principles.

Andrew Wiggins did his research with a calculator https://t.co/mkFOXpAuli

Warriors: “You forfeiting $15.8 million if you don’t get the vaccine”

"It's a personal choice" pic.twitter.com/XOqjBFggjK

Updat: Andrew Wiggins believes in getting all his money https://t.co/RIbSPFZ1Y2

another W for mandates https://t.co/BIvxU9Zmf9

The accountant ran the numbers for those 41 games https://t.co/qodOr5K90j pic.twitter.com/LY6tTlh7Pv

improving his shot selection before the season starts https://t.co/0VXGhq7WNY

This how Steph told Wiggins get that damn shot pic.twitter.com/SXFhzcG2RK

I stand with Kyrie Irving.

I stand with Andrew Wiggins.

I stand with Bradley Beal.