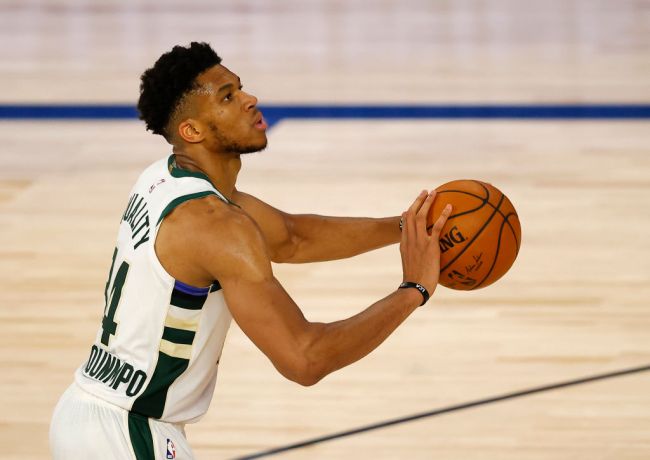 It’s 2021, the Nets should have known that the NBA wasn’t going to let them get away with mocking Giannis Antetokounmpo’s free-throw routine because poking fun in anyone’s direction in the most playful way imaginable is forbidden.

During Game 1 against the Bucks, the Nets were displaying a timer on their scoreboard when Giannis was at the free throw line mocking his long routine. According to the New York Post, the NBA told Brooklyn to stop showing the timer when Giannis is shooting free throws as the league doesn’t want teams “inciting” their fans to taunt opposing players.

Giannis routinely takes longer than 10 seconds before each free throw attempt, which is a violation of the NBA’s free-throw rule. The league won’t address that, however, as Giannis is a superstar and the NBA is getting softer by the day. The timer at Barclays center would turn red whenever it surpassed 10 seconds.

The timer served as a fun way for fans to get involved while the Bucks’ best player was at the charity stripe and also remind officials that anything beyond 10 seconds is technically against the rules of the game.

The timer didn’t appear on the scoreboard during the Nets’ blowout win in Game 2. Giannis went just 2-for-7 from the line in that contest.

There’s no denying that a timer like that could be distracting for Giannis, but it was a smart move by Brooklyn’s media department. Plus, has the NBA forgotten that it’s in the entertainment industry? Nets fans sure looked entertained with the timer going off throughout Game 1.