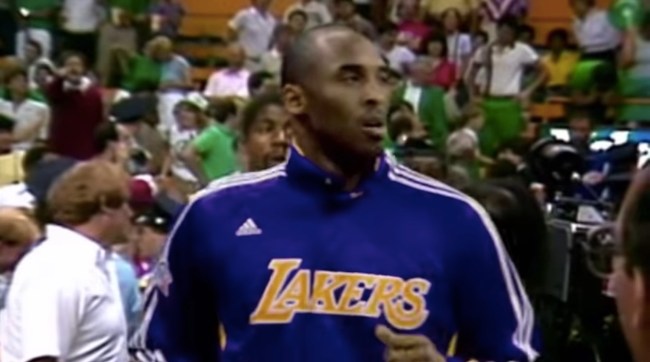 Like any average sports fan between the ages of — oh, I don’t know — 13 and like 60ish (?), I’ve spent the last eight days pondering the truly tragic passing of Kobe Bean Bryant.

I’m a massive sports fan, sure, but am by no means a basketball fanatic, as I’d reckon the James Naismith-invented game of hoops-and-balls ranks fourth on my list of favorite sports, behind football (English), football (American), and baseball.

Regardless of my relative lack of interest in the NBA, though, my uniquely wonky brain is somewhat encyclopedic when it comes to sports, as I have the largely useless ability to read a stat or hear a quote or watch a highlight just once and then recall it from memory whenever I need it. Weird flex, but okay.

Which is what brings us to the point of this previously pointless article: this fucking “Live Forever” commercial from the NBA and TNT that first aired all the way back in 2011 and has worked it’s way into the forefront of my consciousness once again.

As I previously mentioned, the past week has been filled with sorrowful ponderance about Kobe, and as a result, I remembered the emotions conjured by this two-minute-long advert when I first saw it about a decade ago and simply felt compelled to share.

Featuring NBA icons of past and present and set to the song “Live Forever” by Drew Holcomb, this NBA on TNT commercial is an emphatically swift judo kick to the feels following the death of Kobe, his daughter Gianna, and the seven other souls on that doomed helicopter flight.

One day, the idea that Kobe Bryant is truly gone will settle in and become naturalized into our perpetually hazy understanding of this reality, but until then, I’m going to continue to pretend that the Black Mamba will live on forever.