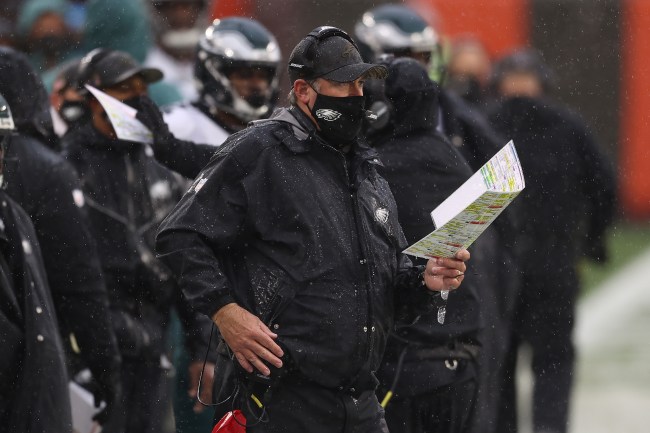 NBC’s Cris Collinsworth was not a fan of the Eagles’ strategy on Sunday night.

Nate Sudfeld is in at QB for the #Eagles… Jalen Hurts might be done for the night for whatever reason.

The Eagles offense immediately struggled with Sudfeld in at QB and the team went on to lose the game 20-14. It was clear to anyone watching the game that the Eagles were tanking the game to get a better pick in the draft.

The Eagles get the 6th pick if they lose. They get the 9th pick if they win. Pederson won’t admit to this being the reason postgame. I assume (hope?) for his sake he has organizational approval to do this because this is as blatant as tanking gets in the NFL. https://t.co/a38P3bsSSS

Collinsworth saw what the Eagles were doing and had to say something about it.

One of those rare instances were I completely agree with Cris Collinsworth.