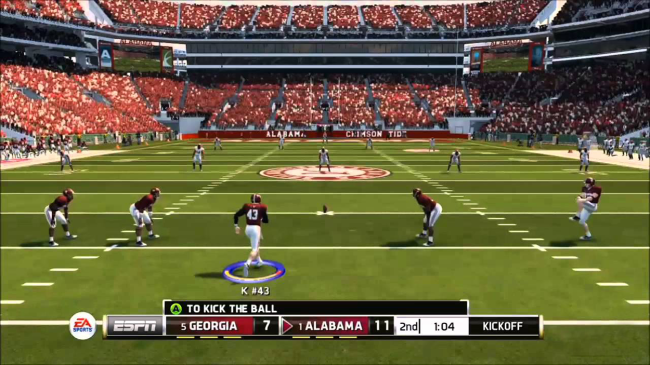 The return of the NCAA Football video game franchise is set to be one of the most highly-anticipated video game releases of all-time. It has been nine years since the last game was created for XBOX360 and PlayStation 3, but the next iteration is on its way.

With the legality of Name, Image and Likeness, the entire issue that caused the franchise pause is no longer. Players featured in the game can be compensated.

It is unclear how EA Sports plans to go about the paying process, but it’s going to happen and the game is coming back— even though new details about where it will be released are disappointing.

While the game’s return seems exciting on the surface, because it is, fans of the NCAA Football franchise do not want EA Sports to make the game anything like Madden. The two games are inherently different and, in the eyes of most fans, the former should have a completely different feel than the latter.

However, it seems like EA Sports may not have heard the clamor. New, in-depth details about the new game have been released and there is one glaring concern.

The NCAA Football video game will be built on the same engine that runs the Madden games.

According to 247 Sports: “EA Sports College Football is built on the Madden engine but fans should expect tweaks to game play, much like previous iterations of the NCAA Football franchise in the 2000s and 2010s.

“The game design, atmosphere and unique traditions for each school is primarily what EA Sports will lean into for the game. With that said, the game isn’t simply a reskin of the Madden game.

“The playbook will be much more robust and team specific, too. Remember, the NCAA Football franchise (not Madden) was the first to introduce RPO plays in the 2013 version of the game. The team at EA Sports is taking great care in making sure the presentation is uniquely collegiate, which is why the team has spent so much time designing stadiums and implementing assets to differentiate game-day atmospheres from school to school. What separated the NCAA Football and Madden franchises was the almost-romantic focus on the pageantry of college football traditions, and that will continue in the College Football franchise.”

Based on EA Sports’ description of the game, there is some reason to panic. We, as NCAA Football fans do not want the game to be anything like Madden.

But with that being said, the NCAA Football 14 game and the Madden 25 game were built off of the same engine. The two games had their similarities, but they were very different. Hopefully what 247 Sports detailed about the new NCAA game alludes to similar structure. They can be based off of the same engine, but they have to have their differences, and it seems like the EA Sports team is putting extra emphasis on “making sure the presentation is uniquely collegiate.”

That doesn’t mean that this isn’t a concerning new detail about the future of NCAA Football video games.

Until the disc is in the console and the two teams are lining up for kickoff in the first game of the new game, the potential similarities to Madden are cause for concern. EA Sports might be doing exactly what we don’t want them to.

Fans are displeased and nervous that they might ruin the game by making it too much like Madden.

CFB fans to @EASPORTS for the last eight years: “DO NOT MAKE THE NCAA FOOTBALL GAME ANYTHING LIKE MADDEN”@EASPORTS: pic.twitter.com/CHOqJbiVsC

Of course they say that, but it's probably gonna be a re-skin

So the players will run unnaturally like robots? https://t.co/7j467Tsj4V