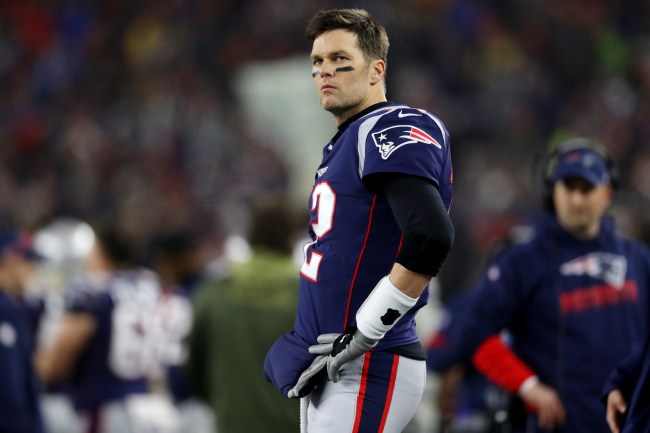 For the first time in 20 years, the New England Patriots are heading into a new NFL season without being serious Super Bowl contenders. Of course, that could all change should Bill Belichick work his typical magic and continue to prove he’s the greatest head coach ever; but there’s little optimism that that will happen.

As we all know, the Pats recently lost six-time Super Bowl champ Tom Brady to the Tampa Bay Buccaneers in free agency, which sent a shockwave through Patriot Nation about what comes next for the franchise. After two decades of the Belichick-Brady combo, the team will start second-year quarterback Jarrett Stidham, with hopes that the former Auburn product can try to become the next great passer under Belichick.

Given Stidham’s inexperience, one would think that the New England Patriots will struggle mightily next season, right? While that very well may be the consensus among many experts, one ex-Patriots player — former tight end Christian Fauria — actually thinks the team’s better off without Brady under center. It might seem absurd, but Fauria tried to at least explain his reasoning for such a bold stance.

“They’re better off without him,” Fauria said Wednesday on “Ordway, Merloni and Fauria,” as transcribed by WEEI. “Can I tell you why? And it has nothing to do with Brady’s skillset. It’s not because he’s not good or he can’t throw it or he’s lost some speed on his fastball. It’s because where he was in his career, his age, what he wanted to achieve and what the Patriots were trying to achieve were completely different. So it was never going to work out. They were never going to see eye to eye.

Fauria’s hot take sure is… something. Sure, the New England Patriots might be able to get more young players involved in the offense by giving them more opportunities, but wouldn’t the team rather have a future Hall of Famer throwing the ball around instead? It’s because of Brady demanding excellence that young talent like N’Keal Harry didn’t see the field often — because the GOAT didn’t feel like he was reliable enough to play.

Now that Brady’s gone and Belichick and the Pats are all in with Jarrett Stidham, it’ll be interesting to see how they perform. But for Fauria to suggest the team will be better off without, arguably, the greatest quarterback ever is insane. Let’s face it, when a team plays younger players to get experience, it usually means that team’s rebuilding and evaluating those guys, not competing for championships year after year — as New England had been with Brady.