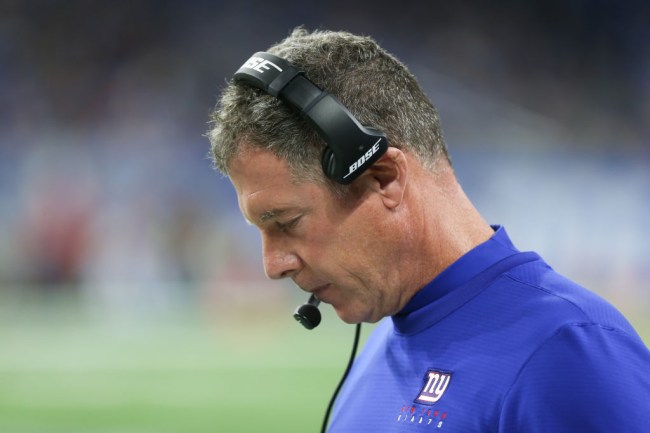 The New York Football Giants are in the market for a new head coach, yet again, after firing Pat Shurmur on Monday. Whoever steps into the role as the man in charge of the Giants will be the third head coach in five years.

While the Giants have shown over the last few seasons that they’re still a piece, or maybe four, away from returning to being real NFC East challengers it doesn’t hide the fact that Shurmur led this team to a 9-23 mark during his two seasons at the helm. Interestingly enough, he went 9-23 in his only other head coaching job in his career when he was with the Browns during the 2011 and 2012 seasons.

Shurmur has never won more than five games in a single season in his four seasons as an NFL head coach.

The Giants finished 23rd in the league in yards per game, 19th in points per game and tied for last in turnover differential with a -17 mark; those aren’t the numbers you want to see from a team that hired Shurmur for his offensive coaching abilities.

While all of the Giants’ problems and struggles don’t fall directly on the head coach, New York has lost a league-high 36 games since the 2017 season. If it wasn’t for the Jets being the Jets, this is a Giants franchise that would be in the same discussions as the mediocre Browns. Sure, the Giants already are in that discussion for a lot of people around the NFL landscape, but the Jets help keep the real-life, statistical fact crowd a little quieter.

This is a franchise that hasn’t seen one ounce of consistency in over four seasons now. The Giants fired head coach Ben McAdoo and general manager Jerry Reese before the conclusion of the 2017 season, elected to go with Dave Gettleman as the new GM and Shurmur as the head coach and one of those pieces has already been removed.

It was far from a good football team that Shurmur took over in 2018. Relying on an aging Eli Manning slinging passes to Odell Beckham Jr. in year one to a rookie quarterback out of Duke named Daniel Jones taking over the starting spot without any lethal talent around him, the scene was and remains to be rough.

The NFL is a cutthroat business however and while Gettleman has faults of his own, I think if you’re a Giants fan today you have to respect his decision to get Shurmur out and try to reset this franchise yet again.

This is a team with plenty of questions surrounding it and while they’ve tried to correctly answer the question of who can lead this franchise back to glory, Shurmur clearly wasn’t the answer. Raising this question yet again isn’t unknown territory for this franchise, but the Giants need to hit a home run with their next hire, period.