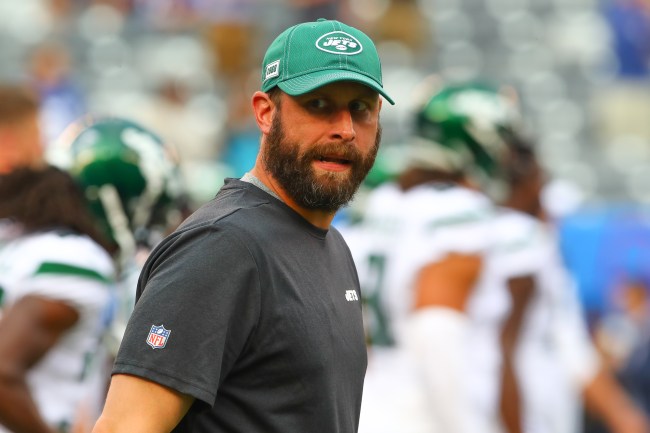 The New York Jets last made the playoffs in 2010, so, yeah, things have been a bit tense for the past decade inside the organization. There have been coaching changes, roster overhauls and impatient fans, but, right now, it seems like the current version of the Jets might be the most fucked up.

That’s because of head coach Adam Gase, who, after just one season at the helm, has continued the futility of the Jets. More than the pathetic display of football on the field, though, Gase has dragged the New York Jets’ name threw the mud off the field, too, pretty much pointing the finger and casting the blame on everyone else but himself when it comes to the team’s struggles. And, with superstar safety Jamal Adams all but demanding a trade recently, a Daily News report address the elephant in the room as to who’s responsible: Gase.

According to the Daily News piece, it’s more than just Adams or a few players inside the locker room who are over Adam Gase’s act, but it actually stretches into the front office, too, with some at the executive level reportedly not trusting the head coach. Take a look at a snippet from the Daily News story below.

However, Adams’ discontent runs much deeper than simply finances. The Jets’ best player does not want to play for Gase anymore for myriad reasons, according to sources.

The prevailing sentiment in Gang Green’s locker room is clear: Players don’t respect Gase, who has rubbed them the wrong way with his inability to lead and lack of support. The mercurial head coach also drew the ire of a litany of players during his tenure with the Miami Dolphins.

Too many people on 1 Jets Drive — including players, coaches and front office members — don’t trust or believe in Gase, whose disingenuous bent hasn’t been lost on people in the organization. They painted a picture of an insecure figure always willing to point the finger at others for the team’s failings last season. No player, or person, was immune.

So let me get this straight, nearly nobody inside the Jets’ organization thinks that the head coach is someone they like or trust? How dysfunctional is the franchise for allowing this to happen? Like, why not fire Gase, cut your losses, bring in a new head coach and try to mend fences with some of the disgruntled players? Oh, right, because that’s what a competent NFL team would do; which doesn’t describe the New York Jets.

As bad as the above is, it actually gets worse for the head coach, as the Daily News piece even goes as far as saying that there are only about two returning Jets players on the roster who simply “tolerate” Gase; quarterbacks Sam Darnold and David Fales.

Some team sources believe that Sam Darnold and David Fales are among the few returning players that actually tolerate Gase, a stinging indictment of a coach who has been associated with losing cultures for the better part of his football life.

That backdrop has raised plenty of eyebrows on 1 Jets Drive. Gase’s awkwardness and poor communication skills haven’t endeared him to players.

Some simply don’t believe that he’s fit to be a head coach. He doesn’t comport himself as anything more than a glorified quarterbacks coach, according to some people in the organization.

There’s a strong belief in the organization that the Jets will never become a winner as long a Gase is in charge. Most of all, people in the building believe that Gase’s desire for self-preservation will trump all else.

Uh, why in the hell is Adam Gase the head coach of the Jets? Seriously, if the Daily News piece hits on a lot of truths within the locker room and front office, how on earth is the team going to win more than four games next season? We kind of know what happens when you don’t respect your boss.

The New York Jets have been a laughingstock for a decade now, and it doesn’t seem like they’re getting any closer to overcoming that distinction anytime soon. Buckle up, Gang Green fans, it’s going to be another rocky season.