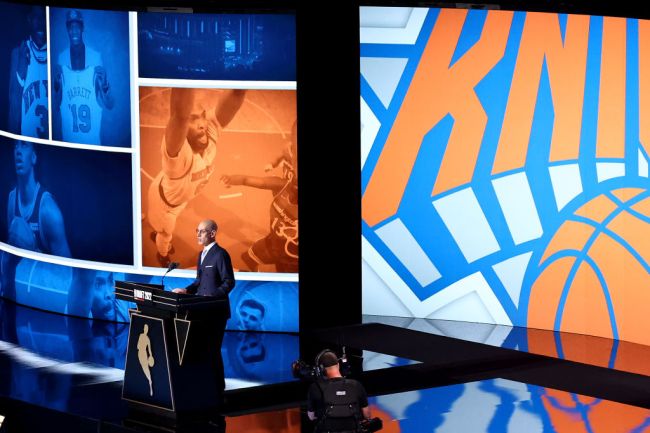 The New York Knicks came under fire from their fans last night because of their draft night strategy, but now it seems that the Knicks had a plan.

Then the Knicks traded Duren and Kemba Walker to the Pistons for a 2025 first rounder. All of these moves added up to grab the Knicks a few future first round picks and get rid of Kemba’s contract.

Now it has become very clear why that was such a big priority. According to NBA correspondent Marc Stein, the Knicks are preparing a 4 year, $100 million offer for Jalen Brunson.

The Jalen Brunson Sweepstakes just got real. My in-depth story on the major momentum New York is building in its bid to sign Brunson away from Dallas: https://t.co/9ahSR7OBag

Brunson impressed many this season with his performances playing alongside Luka Doncic for the Dallas Mavericks and even more while Doncic was absent during the first round of the NBA playoffs.

The Knicks have had trouble finding a truly dependable point guard in recent years, which is what led them to Kemba Walker last season. That move didn’t work out at all. Brunson could put an end to the team’s struggles at the position as they try to bounce back from a disappointing season.

It looks like the Knicks are going to make a push to become a contender this offseason and Brunson would be a good start to those efforts.