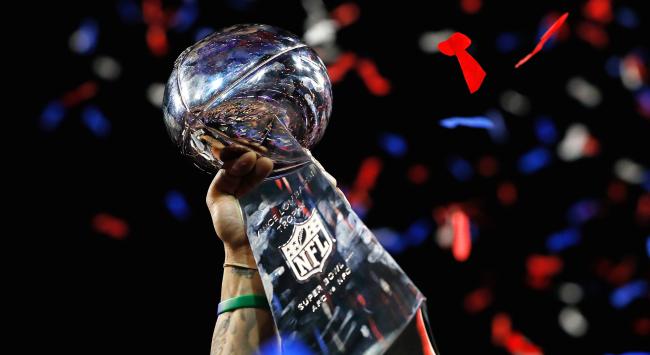 The controversial new 17 game NFL schedule may now mean that the day after the Super Bowl will finally, at long last, be a national holiday.

For decades now, NFL fans have been begging for the day following each year’s Super Bowl to be a day of rest. Many have suggested moving the game to Saturday for that very reason.

While that is almost assuredly never going to happen, there is good news on the horizon with the league adding an extra week to the regular season schedule beginning in 2021.

The next President’s Day falls on February 21, 2022. The next Super Bowl, set to be played at the home of the home to both the Los Angeles Rams and Chargers, SoFi Stadium in Inglewood, California, is scheduled for February 6, 2022.

BUT! That was before the NFL added an extra game to the schedule. Which means Super Bowl LVI will now take place on February 13, 2022.

Not quite what we are looking for, but bear with me.

In 2023, as pointed out on social media on Tuesday by Mark Maske of the Washington Post, the Super Bowl will finally fall on the Sunday immediately prior to President’s Day.

Cool, right? It gets even better. This will happen on multiple occasions in our lifetimes. Super Bowls in 2027, 2038, 2044, 2049, and 2055, according to ProFootballTalk’s Michael David Smith’s math, will also fall on the Sunday before President’s Day!

As one might expect, this unexpected and very welcome turn of events has got many NFL fans very excited.

Does this mean we get presidents day off now? Someone send this to HR

Ain’t that the truth?

Of course, there will always be these folks…

When will the NFL realize the Super Bowl on a Saturday night would be so much better?

Frankly, I am right there with him, but like I said, it will probably never happen.