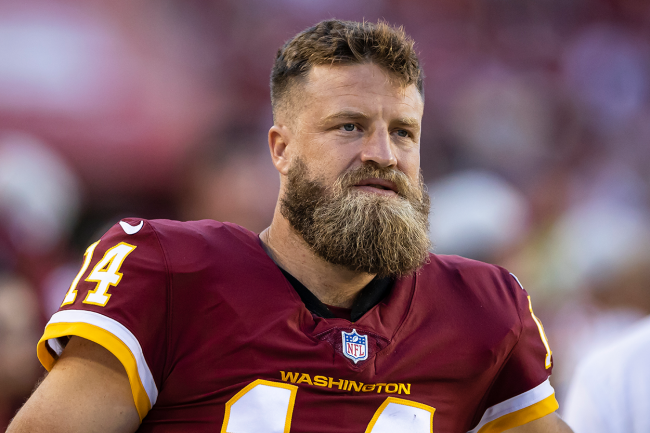 Ryan Fitzpatrick is the NFL’s ultimate journeyman. The 39-year-old has played for nine different teams throughout his 18-year career.

As a senior in college, Fitzpatrick was named the Ivy League Player of the Year at Harvard in 2004. That led him to be drafted in the seventh round of the 2005 NFL Draft.

Since then, here is how Fitzpatrick’s career has looked:

No matter where he ends up, Fitzpatrick is, at the very least, a viable backup who can provide confidence as a starter if and when necessary. But that undersells his talent.

Needless to say, Fitzpatrick is an NFL legend. He may not end up in the Hall of Fame, but he is the greatest journeyman of all time and deserves proper respect on his name.

That is exactly what a group of NFL fans did at the Draft in Las Vegas this weekend. They gave Fitzpatrick the respect he deserves and showed up in all of his jerseys.

It made for a legendary photo.

May Fitzmagic and his legacy live forever!