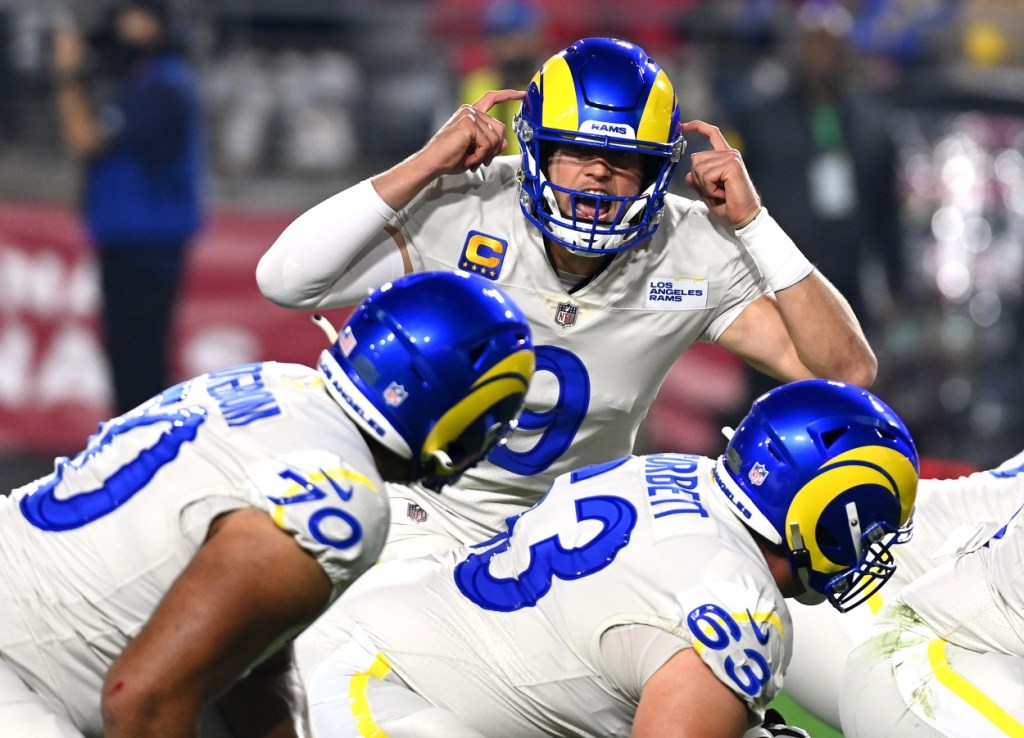 Play to the whistle or the coach will have everyone running laps. This was something drilled into our heads in youth sports across Football, Soccer, Basketball, and I’m sure every other sport I didn’t play but the refrain was always the same. Play to the whistle.

In the 3rd quarter of Monday Night Football, Los Angeles Rams quarterback Matthew Stafford seemed to be the only player who remembered to play to the whistle. The Rams would beat the Cardinals 30-23 on the road and are just 1 game away from being tied in the NFC West. It was a huge game for both teams and this one play could’ve drastically altered the course of the game.

The moment came with the Rams on the Cardinals’ 6-yard line in the 3rd quarter. It appeared that Matthew Stafford threw an incomplete pass and everyone on the Arizona Cardinals defense gave up on the play. They could’ve easily recovered the ball before Stafford. Defensive lineman Jordan Phillips was practically on top of the ball. But only Matthew Stafford played to the whistle and he sprinted over and hopped on his own fumble because the refs never blew the whistle.

Phillips just stood there watching it while Stafford recovered it

The mistake the Cardinals made was not flocking to the ball on that play that was ruled a fumble. No defender tried to get the ball.

That led to Stafford recovering it.

Matthew Stafford chasing down that fumble, when he was one of the furthest people from it, while nobody else on the field reacted, is a hell of a big play.

None of the three guys in the MNF booth notice the clock running and assumed Stafford threw an incomplete pass when it was a fumble. This broadcast is trash.

Cardinals D lazy for allowing stafford to grab his own fumble

None of the three guys in the MNF booth notice the clock running and assumed Stafford threw an incomplete pass when it was a fumble. This broadcast is trash.

There were, of course, fantasy football implications.

.@sleeperhq, need correct the fumble attributed to Stafford. He didn't fumble. It was an incomplete pass. If fumble, they would have started where he landed on it. Need correction to make fantasy football playoffs. PLZ

We see defenders chase after clear incompletions as if they were fumbles all the time. Then when an actual potential fumble happens, the Cardinals defense legit just watched it bounce around on the ground while Stafford chased it down.

It really is strange how we constantly see defenders pick up the ball and run with it as if their bodies and minds were already six steps ahead and they couldn’t stop despite hearing the whistle, but this time there’s no whistle and they just let Matthew Stafford pick it up.

On the flip side, if the Arizona Cardinals did recover the fumble because the refs never blew the whistle the play could’ve been reviewed and overturned as an incomplete pass. But it’s also just as likely there wouldn’t have been enough evidence to overturn and the play would’ve stood.