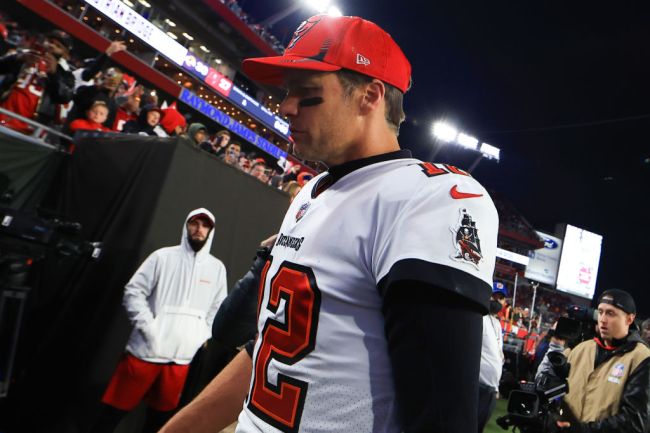 Tom Brady and the Tampa Bay Buccaneers were eliminated from the NFL Playoffs on Sunday, but he remains one of the hottest topics in football. That’s because talk of a potential retirement from Brady began to heat up in the week before the Bucs’ matchup against the LA Rams.

It started with a statement from a former teammate. Then NFL analysts chimed in. His coaches even talked about it, even though they weren’t as sold on the retirement rumors. The weekend came and went. The Bucs lost. Fans analyzed social media posts.

Still, we were left without a definitive answer. That answer may soon be upon us.

According to Jason La Canfora of CBS Sports, sources around Brady believe that a retirement is imminent. He also reports that sources in Brady’s inner circle believe he could make an announcement in the coming days.

If Brady does retire, he leaves the NFL with just about every notable record a quarterback can hold. He has the most regular season and postseason wins in league history. He has the most Super Bowl appearances and wins. He has the most career completions, passing yards, and passing touchdowns.

Pretty much, if a record exists, it belongs to Tom Brady. This is in spite of the fact that he rarely had a top receiver to throw the ball to. There were quite a few years where the Patriots were expected to win the Super Bowl, not because they had the most talented roster, but because they had Brady.

Even in what may have been the last game of his career, the Bucs were without Chris Godwin and Antonio Brown, down 27-3, and yet it never felt like he was done. Of course the Bucs scored the next 24 points to nearly come back.

If Brady does hang it up now, he won’t be going out with the results he wanted, but he will be going out after a game that perfectly displayed everything Tom Brady was throughout his NFL career.