NFL Owners Pass Rule To Expand Eligible Jersey Numbers, But Why Does It Matter?! 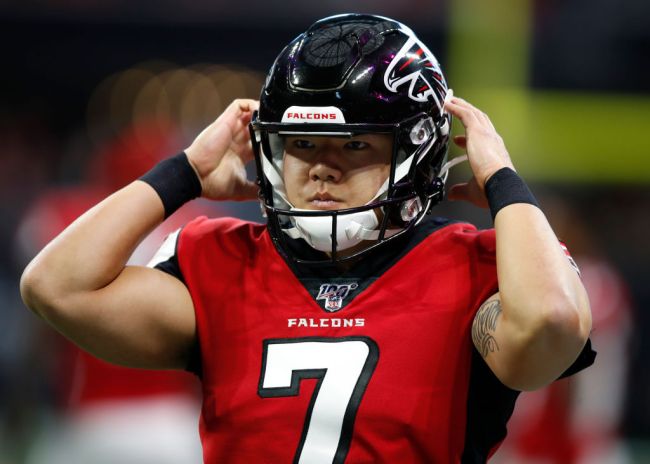 NFL owners voted to approve a rule change that would allow more players to wear single-digit numbers on Wednesday. That’s great, but why aren’t players allowed to pick what number they want to wear to begin with?

The change was originally proposed by the Chiefs, and not only for aesthetic reasons— Kansas City reportedly ran into a shortage of available numbers last season in the 20-49 range. Nos. 28, 33, 36 and 37 are all retired by the organization, which made it difficult to suit everybody within that category when rosters were expanded due to COVID-19.

While logistics may have been the true reason for the proposal, it also allows a lot more flexibility for skill players on both sides of the ball to get creative. Running backs, tight ends and wide receivers can wear any number from one to 49 as well as 80-89. On the other side of the ball, defensive backs will also now be permitted to wear numbers 1-49 and linebackers can wear 1-59 and 90-99.

Here are the complete guidelines:

The importance of numbers in athletics has always been something that I’ve been fascinated with. There are plenty of people out there who might say “it’s just a number,” but when you’re putting that number on every time you go to work, it’s a part of you. A number can bring you endless amounts of swagger, or it can pull your drip down to zero.

A plethora of players could look to change numbers, particularly at the “skill positions” on either side of the ball who might move back to the single-digit numbers that they wore in college or growing up. This is a really tough beat for special teams players and backup quarterbacks. Having previously to fight only with quarterbacks for their number, kickers and punters will now have to fend off advances from defensive backs, linebackers and running backs. Flip that narrative around for backup quarterbacks.

NFL teams are allowed to have two players with the same number, so long as they aren’t on the field at the same time. So a running back and a defensive back can cross over, but they can’t be in on the same down. If a situation arises where that will be an issue, the truth is that a player like Odell Beckham Jr. will get priority no matter what. If OBJ decided to go back to his college No. 3, Browns backup quarterback Garrett Gilbert undoubtedly draws the short end of the stick there.

One interesting wrinkle may keep players from making changes as early as this year. Based on pre-existing NFL rules, if a player wants to change numbers in 2021, he would have to buy out existing inventory of jersey distributors. Otherwise, he has to give notice now that he plans to change his jersey for the 2022 season.

That nuance might keep kickers and punters safe this fall, but expect to see a lot of them in 13, 14, 15, 16, 17, 18 and 19 (the lesser desired numbers) moving forward. Could be a potentially tough situation for people like Younghoe Koo, who rocks No. 7, if a receiver or corner comes for his number. Hopefully he, and the other legs in the league, will be able to stick with what they know.