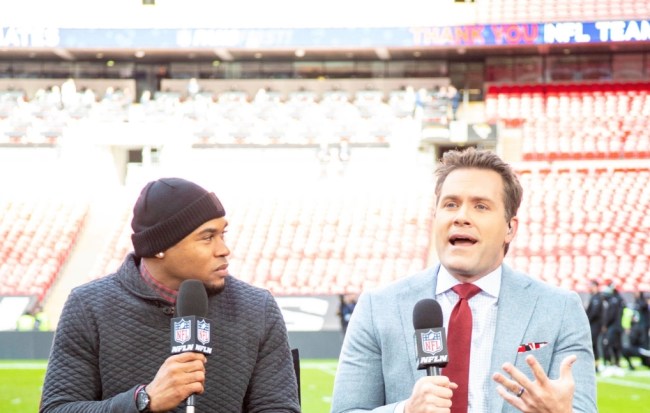 Kyle Brandt is sick of your shit, people that aren’t taking coronavirus seriously. There are plenty of people out there that are acting like the coronavirus isn’t too big of a deal, but the NFL Network host is fed up with all of the ‘corona tough guys’ out there.

“You’ve seen ’em, you’ve heard ’em, there’s something right now that I call Corona Tough Guys and I don’t know who they’re trying to score points for or who they’re trying to impress, but these are the people telling you ‘dude, it’s just the flu, chill out, wash your hands, shut up and go to work.'” “Thank you, doctor, I feel so much better now that it only affects old people so now I’m concerned for my mother and my father.”

There is a social pandemic going on, too. The Corona Tough Guy.

Have you met him? Ignore him. Do what makes you feel safe. pic.twitter.com/YOxJlf9pJv

Still, despite the fact President Trump enforced a travel ban from Europe for the next 30 days, the NBA and NHL suspended its seasons, the PGA Tour announced that no fans will be allowed on courses, dozens of other cancelations occurring all over the world and universities essentially shutting down, there’s a certain group of folks that don’t see the coronavirus as being a real problem.

The big message Brandt is trying to get across here is that there is so much misinformation out there right now and it’s in everyone’s best interest to shut up, seek out real facts and numbers and realize that with there being so much unknown involved with the virus it may be best to stop acting like a hard-o.