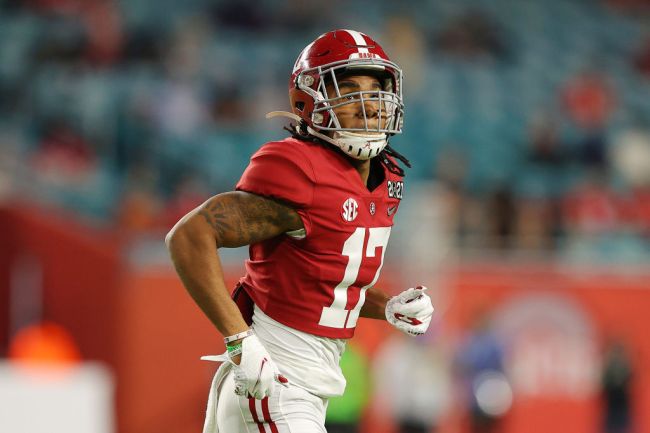 Alabama wide receiver Jaylen Waddle returned to the field on Monday as the Crimson Tide faced the Ohio State Buckeyes in the national championship in his first game since fracturing his ankle against Tennessee on Oct. 24.

During pregame warmups, it was clear that Waddle was still limping while running.

Nothing to worry about Buckeyes, Waddle looks pretty hurt pic.twitter.com/pYIq1QDPL5

Update: Waddle was also seen limping during the game.

Despite the fact that it was Waddle’s decision to play in the game after being medically cleared by doctors, several NFL players called out Alabama for allowing him to risk injury before the NFL draft.

Cmon nick don’t let Waddle do this, he’s hurt and shouldn’t be out there! Cmon bro! Sometimes you gotta protect players from themselves!

Respect the heart! But you can’t let that man be out there! https://t.co/QqaXYQ1EEX

Waddle making me nervous🥴 they needa take him out

Waddle is forcing this game , get healthy for the NFL.