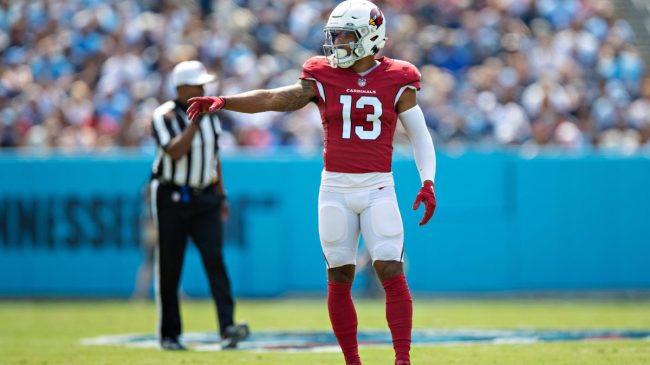 The Jacksonville Jaguars made a huge splash in NFL free agency today with the signing of WR Christian Kirk.

Kirk had previously been with the Arizona Cardinals, where he helped his team land a spot in the playoffs in 2021. The wideout hauled in 77 catches a year ago, nearly topping the 1,000-yard mark. He tallied career highs in receptions and receiving yards, while finishing one touchdown off the pace of his career mark of six.

While the deal made headlines for giving QB Trevor Lawrence a solid option in the passing game, it was also being discussed due to the huge price tag that the Jags paid.

Kirk’s new deal is reportedly worth $84 million over four years.

That maximum value of $21M per year makes Christian Kirk the 3rd highest paid WR in the NFL. https://t.co/z7wFlz9SEL

Christian Kirk is making as much or more in terms of 💰 per season at his position than:

Kirk has shown to be a sure-handed receiver, but he’s yet to prove himself as an elite go-to guy. Even last year, while posting career numbers, DeAndre Hopkins was the clear-cut No. 1 option when healthy.

With the details of Kirk’s contract emerging, NFL players are reacting on social media.

The deal took the NFL world by surprise. Check out some of the player reaction below.

You too funny bruh 🤣 https://t.co/LOeAgabslS

Either that or our prices just went up❕ how we locking down guys who get paid more than us 😂… it’s all blessings tho 🙏🏾 https://t.co/rBWHnXeHtP

It’s a huge deal for Kirk, and maybe it makes sense for the Jaguars, too. After all, they do rank among the top 10 NFL teams in regard to salary cap space.

Still, it is a bit head scratching. We’ll see how it affects future negotiations surrounding some of the NFL’s biggest stars, as well as track Jacksonville’s return on investment in 2022.