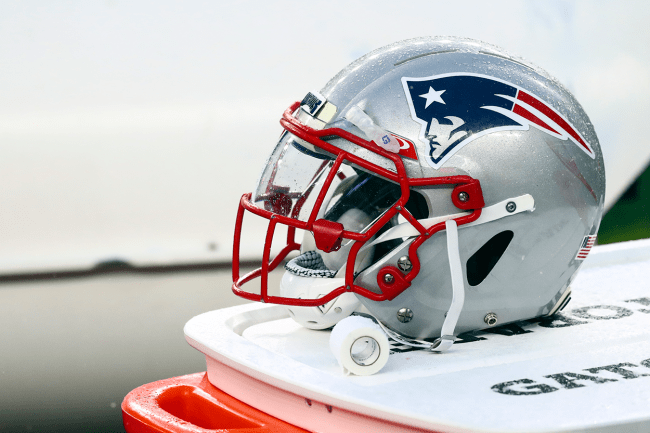 The NFL is going to look a lot different this year. Literally.

Yes, there was a lot of player movement during the offseason. And yes, the NFL Draft brings a new class of rookies to the league.

However, those are not the reasons for why things are going to look different. There are going to be new uniforms. Or, at the very least, new helmets.

Throughout the offseason, 13 of 32 teams in the NFL announced that they would be rolling out new lids in 2022. Some are completely new concepts, others are throwbacks. Either way, they are set to debut this fall.

The Panthers will be wearing all-black helmets that have players ready to tap into their evil side. New Orleans is set to rock new all-black helmets as well and they are already a big hit. The Jets are also going black for their new alternate helmets and the Cardinals also got in on the trend with J.J. Watt’s approval.

On the flip side, the Bengals will be wearing white versions of their tiger-stripe helmets. The Cowboys are also turning to a white throwback helmet that is one of the most classic helmets in the sport.

For the most part, though there was some pushback from some disgruntled fans who don’t like change, all of the new helmets went over well. Except the Bears, who were roasted for their new orange helmets more than they were praised.

Regardless of fan and player reaction, 13 NFL teams are coming out in new helmets at some point during the 2022 season.

To get ready for the fall, the fine folks at Riddell are getting all of the new buckets painted, prepared and polished. They provided an inside look at the process and it is totally mesmerizing. In a time of year where we are all craving pigskin and our patience is at an all-time low, this video is the perfect break in the day to reset your mentals, relax, and know that football is coming.

Get an inside look at the making of the alternate and throwback helmets for 2022 at the @RiddellSports factory. 🔥 #OnFieldAlt pic.twitter.com/vf9xwjOWuo

There is a lot of stuff that goes on behind closed doors to make the NFL season happen. We don’t often get to see or praise the people who are involved, but this video is the perfect way to do so.