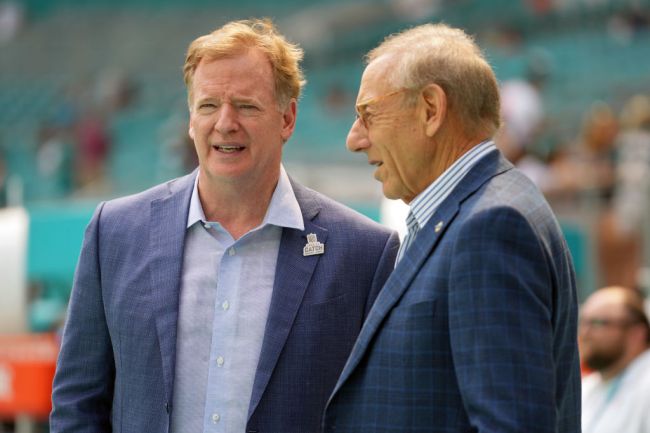 NFL.com is facing scrutiny after deleting a report about Dolphins owner Stephen Ross without explanation.

Earlier this week, NFL.com Miami Dolphins beat reporter Cameron Wolfe revealed that he had spoken to a witness who could confirm that he heard Ross had offered Brian Flores $100k per loss.

NFL Network’s Cameron Wolfe reported Wednesday that he spoke with a witness who said he heard Dolphins owner Stephen Ross offer former head coach Brian Flores $100,000 for every loss during the 2019 season.

Wolfe also reported that Flores’ team says it has evidence including messages from general manager Chris Grier that corroborate the allegations against Ross.

The report, which was posted on NFL.com, has since been deleted without explanation.

On Wednesday, the NFL's in-house media conglomerate reported, on air and online, that an unnamed witness heard Stephen Ross offer Brian Flores $100,000 for each loss in 2019. At some point since then, the link to the story has gone dead. https://t.co/JADrC5BtPG

One of the most fascinating developments in a week full of them occurred when NFL Network, the media operation partially owned by Dolphins owner Stephen Ross, reported that an unnamed witness heard Ross offer former Dolphins coach Brian Flores $100,000 for each game he lost in 2019. The report, delivered on the air by Cameron Wolfe, became an article posted at NFL.com.

Now, the article is gone. The link is dead. The stack of news stories at NFL.com no longer includes it.

It is worth noting that Wolfe has not deleted his report from his Twitter page.

As I mention at end, I spoke with a witness who said he heard Steve Ross offer Brian Flores 100K for every 2019 loss.

Flores’ team says they have corroborating evidence including messages from GM Chris Grier. IF proven, integrity of game in Q. Dolphins denied the allegations. https://t.co/KnIPjHMhjb

The NFL has said that they will investigate Flores’ allegations after initially calling them “without merit.”

The NFL will investigate the specific allegations that Brian Flores has made concerning Dolphins owner Stephen Ross offering him $100,000 per-loss incentives in 2019 to gain a better draft position, a league source said. Other potential rules violations also will be investigated.

The NFL on Tuesday: Brian Flores' claims are without merit

The NFL today: We understand the concerns expressed by Brian Flores and are retaining outside council to reevaluate our policies on diversity, equity and inclusion.