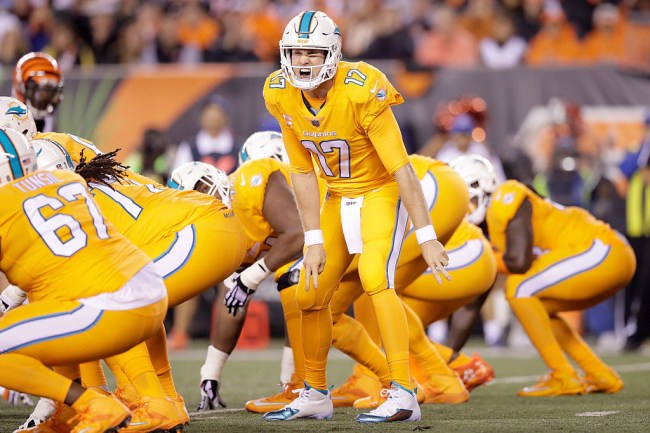 The tradition of NFL teams wearing Color Rush uniforms exclusively during Thursday Night games has officially come to an end thanks to Fox.

According to Jason Barrett of Sports Radio Pod Fox Sports made the decision because they didn’t think Thursday Night football needed a “gimmick” to attract fans to watch their games.

NFL Network’s Mike Garofalo is reporting that the NFL may opt to use the Color Rush some time later in the season just not on Thursday Night’s anymore.

n color rush, the uniforms aren’t going away completely. It’s just that they might not be exclusive to Thursday nights anymore, sources say. Could be some other tweaks to the uniform policy as well. Also, this is subject to votes from ownership.

While some of the Color Rush jerseys were pretty cool looking there were plenty that looked terrible and were openly mocked on the Internet. Fox probably made the smart move here and hopefully we never see those terrible Miami Dolphins creamsicle jerseys ever again.

Anything but gawdawful creamsicle crap. And please get rid of non-matching blue helmet stripe, too. pic.twitter.com/54xztdkiMY

You folks are fools for dressing the team like a creamsicle. pic.twitter.com/0v4GP2lWU9