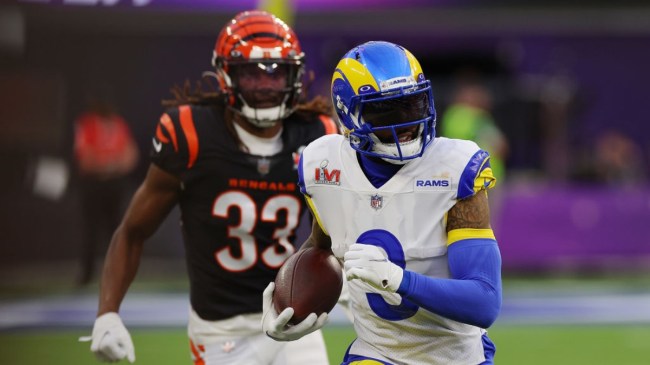 With Odell Beckham Jr taking meetings with multiple teams this week, football fans are hoping they will soon find out where Odell will play next.

Odell has some interesting options as he scheduled meetings with the New York Giants, Buffalo Bills, and Dallas Cowboys. However, he might have a tougher time than fans are expecting to actually sign somewhere.

According to Fox Sports’ Ralph Vacchiano teams still have a major concern about Odell. They aren’t sure just how healthy he is or how much of an impact he’ll be able to have this season.

In this story: There is still 'considerable doubt' around the NFL about Odell Beckham's ability to return from his 2nd torn ACL and play this year.

That's not saying he can't. It's just no one is sure he can, or how effective he can be.

There is “considerable doubt” around the league about just how healthy Beckham is, one NFC executive said, and whether he’ll really be able to contribute much this season. And that’s a problem because Beckham has informed teams he’s seeking a multi-year contract, that he hopes will end up being worth $20 million per year.

It’s definitely a reasonable concern to have. We’re already in December and Beckham hasn’t been seen on a football field since he injured his knee and he isn’t working out for any of the teams he’s meeting with.

It seems very unlikely that he’d be ready to make an impact during the regular season with Week 13 having already begun. Even once he signs, he’d still need to learn the playbook and get into game shape.

With so many question marks, it may be a tough sell for Odell to convince a team to sign him at the price he wants. He may have to accept a “prove it” deal for this season to earn himself a bigger payday during the offseason. Otherwise we may not see Odell take the field this season.