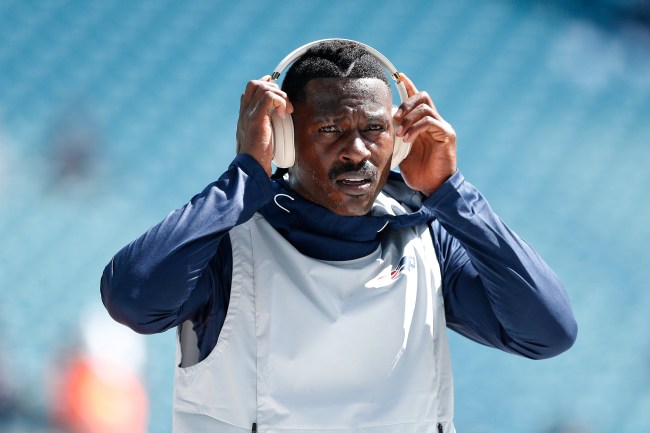 The NFL Players Association has recently filed grievances against the Oakland Raiders and New England Patriots on behalf of current college student Antonio Brown asking for more than $40 million in salary, fines and voided guarantees.

In the meantime, Brown has made it clear he wants to make an NFL return (the game needs him!) in between court deposition hearings where he acts like a ‘belligerent’ child. While the All Pro receiver seems to perpetually be his own worst enemy, the NFL isn’t making his dreams of returning any more likely.

The league has yet to interview the unemployed receiver as the investigation following last month’s civil lawsuit filed against him, alleging sexual assault and rape, is bleeding into the meat of the season.

The NFL dragging its feet on the investigation is essentially imposing what NBC Sports’ Mike Florio calls a “de facto unpaid suspension.” The league failing to put him on the Commissioner-Exempt list, or not, is putting interested teams in a futile position where if they sign Brown, they’re assuming the risk he’s going to be put on paid leave, thus paying him to create all of the media circus with none of the on-field productivity.

I wouldn’t rule out the NFL’s general incompetency with making sound moral judgements in a time appropriate manner, but kicking the can down the road in its investigation keeps Antonio Brown’s growing bullshit off their conscience. Just sucks for AB that he has to sit on his thumb or pick up another course during the waiting game.