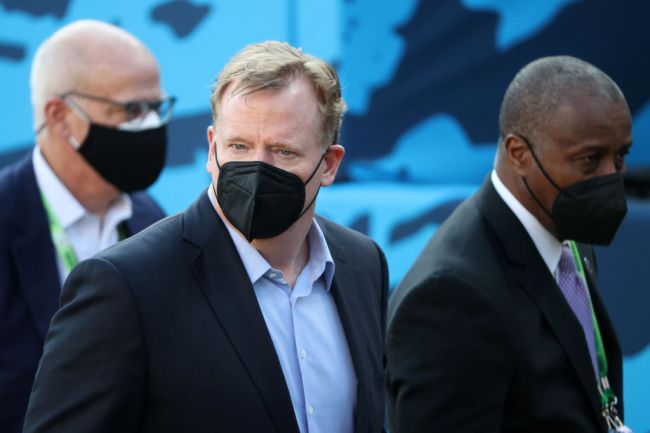 The NFL has shared a memo to all 32 teams strongly encouraging every player and staff member to receive a COVID-19 vaccination. At least, ‘encouraging’ is the buzzword the league will be using while actually laying out a very real ultimatum.

The memo states “tier 1 and tier 2 employees (other than player) should be expected to be vaccinated unless they have a bona fide medical or religious ground for not doing so. Any staffer that refuses to be vaccinated without either a religious or medical reason will not be eligible for Tier 1 or 2 status and therefore will not be permitted access to ‘football only’ restricted area and may not work directly or in close proximity with players.”

In other words, any employee that refuses to get vaccinated won’t be allowed to do their job to the best of their abilities. This could present a scenario where employees may have to choose between receiving the vaccine or losing their job. What NFL team is going to continue to employ someone that won’t have full access to team facilities and be barred from directly working with other staffers and players?

Obviously, people are allowed to make their own choices on whether they will or will not receive the vaccine, but the NFL is clearly saying ‘hey, it’s totally your choice, but if you don’t get the shot, then you might not have a job anymore.’

The memo does share incentives for those that do receive the vaccine laying out benefits such as not having to be tested, not having to wear a tracking device, and not being required to quarantine if exposed to the virus, but it doesn’t indicate whether or not players and staff will be required to wear a mask even after being vaccinated.

After the memo was released, Adam Schefter tweeted that those vaccinated wouldn’t have to wear masks, but nowhere in the release does it actually say that.

The NFL is a privately owned corporation, what the league office says goes, and its message is crystal clear here, specifically for staffers: get the vaccine, or else.