Nick Chubb Responds To Allegations Of Being Paid While At Georgia 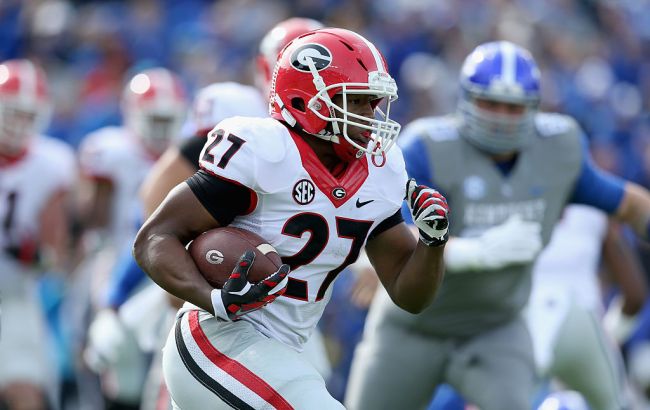 Propst alleged that Chubb took three different $60,000 payments from Georgia to return for his senior season in 2017 instead of entering the NFL Draft. Chubb addressed the allegations with a to-the-point tweet, writing ‘If i needed money i would have went pro #fakenews.’

If i needed money i would have went pro #fakenews

This tweet doesn’t mean all that much, it’s not like Chubb is going to come out and say ‘yep, they paid me,’ but Kirby Smart will certainly appreciate that he addressed the rumors.

Propst also alleged that Georgia’s program has a ‘handler’ and that some recruits are being paid between $90,000 and $150,000 to sign with the Bulldogs.

When it comes to Alabama, Propst talked about Saban, alleging that the only person he answers to is Paul ‘Bear’ Bryant Jr., who Propst alleges is the only man Saban and the Tide need to fund recruiting operations in Tuscaloosa.

You may recognize Propst’s name as the former head football coach at Hoover High School when MTV documented the program in the mid-2000’s on the show called ‘Two A Days.’ Propst has been in the middle of a number of controversies over the years including reports of extramarital affairs and him later admitting to having a relationship, and a child, outside of his marriage.

Propst is now the head coach at Valdosta High School in Georgia where he’s being investigated for improper use of school funds and recruiting misconduct.