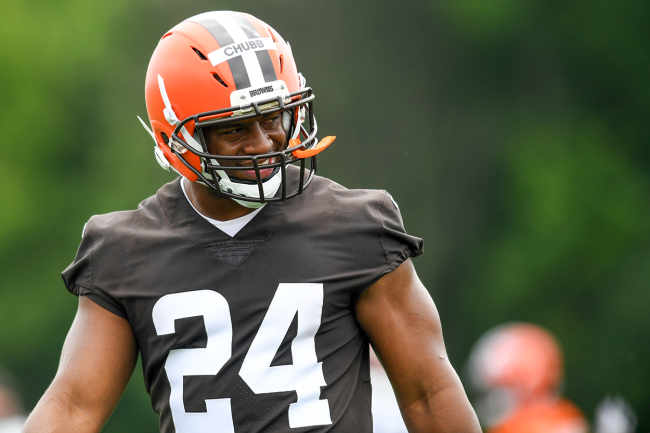 Nick Chubb is a freak. There is no other way to describe the things that he does both on the field and in the weight room.

At 5-foot-11, 227 pounds, the Cleveland Browns running back consistently lifts more than twice his body weight. It has become routine.

Yes, you read those numbers correctly.

Earlier this year, ahead of minicamp, Chubb stopped by his old high school, added 30 pounds to his personal best and crushed a 675-pound squat. He didn’t even appear to struggle at all, which is downright ridiculous.

Earlier this week, ahead of training camp, Chubb was back at it. He returned to Cedartown High School in The Peach State and put on a show at his alma mater.

In a video that he posted to Instagram, the 26-year-old cleaned 405 pounds for multiple reps. The Cedartown players gathered around the school’s most prominent alumnus and could not believe how easy he made it look.

Chubb’s workout didn’t stop there, of course. He also had to get in the squat rack.

Although his weight was not as heavy as it was a few months back, he was using a Tsunami bar, which acts as shock absorbers and puts less stress on joints and connective tissues. It is also a little bit harder, because the bar is not as rigid.

Nevertheless, Chubb put up a casual 610-pound squat. Not just once, but twice.

Chubb does not look like someone that a defender would want to see in the open field this fall. He is a monster.