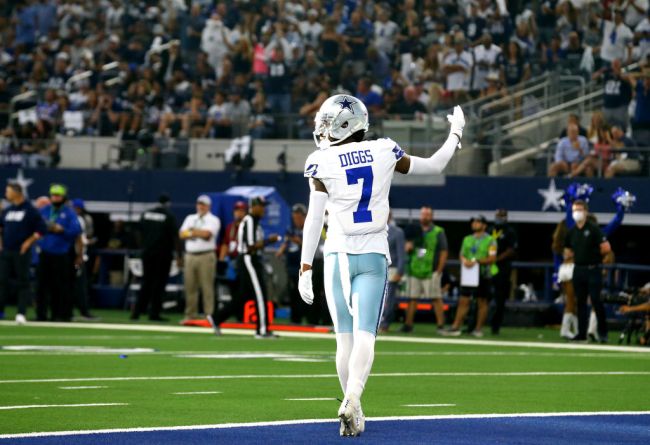 Trevon Diggs committed to the University of Alabama as a four-star prospect and the No. 29 ranked wide receiver in the class of 2016. On top of that, he wanted to follow in his older brother Stefon Diggs’ footsteps and play wideout. Nick Saban had different plans for the younger Diggs brother.

Saban saw Trevon as a defensive back, which initially upset him so much that he cried about the position change.

“I was hurt at first, honestly,” Diggs told reporters following the Cowboys’ 44-20 win over the Giants. “I called my brother. I was crying.”

Trevon said that his brother told him “we’ve got to get to work,” which is exactly what Trevon did.

Diggs became a force on the defensive side of the football at Alabama and was drafted 51st overall by Dallas in the 2020 NFL Draft. Now, he’s making Cowboys history as a corner.

After sharing that Saban made him cry with the position change back in college, Diggs said that his new message for the Alabam head coach is “thank you.”

He was hurt and called his brother, NFL WR Stefon, who told him to get to work.

Now: Trevon has a massive 6 INTs in 5 games. Message to Saban: “Thanks.” pic.twitter.com/TgMFntphnK

Coach Saban knew exactly what he was doing by moving Diggs to the defensive side of the ball and the Cowboys are certainly thankful they were able to call his name during the 2020 NFL Draft.