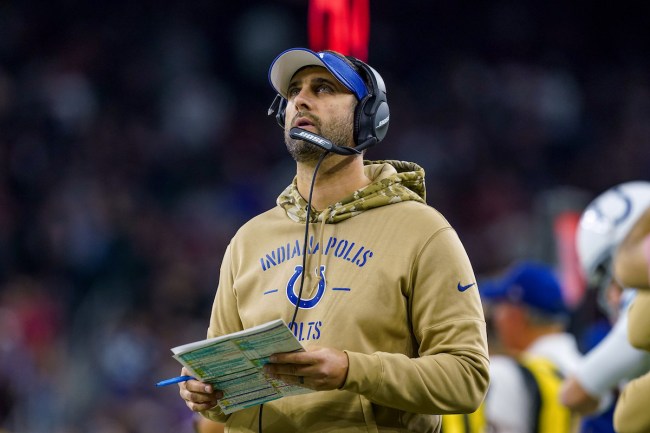 Maybe I’m just on one this afternoon, but when I saw the Philadelphia Eagles hired Nick Sirianni as their new head coach, I sort of just thought to myself, “who?” No disrespect to the former Indianapolis Colts offensive coordinator, but, generally speaking, there probably aren’t too many NFL fans who know about him. He wasn’t a hot coaching candidate prior to Philly hiring him. The Colts didn’t exactly light up the league offensively. And he doesn’t come with a whole lot of accolades like some other potential head coaching hires have.

As much as I hate to admit I know next-to-nothing about Sirianni, I’d like to think that the Eagles did their due diligence prior to hiring him. From countless interviews to background checks to having conversations with former colleagues, before handing a person millions of dollars to lead a football team, it’s pretty important to get as much info about him as possible. Once things check out, OK, hire him with extreme confidence that you made the right choice.

Now here’s where I get really pissed off after reading about the Nick Sirianni situation: The anonymous source who secretly slammed him for being “not super smart,” according to the Philadelphia Inquirer‘s Jeff McLane.

From an NFL source familiar w/ Sirianni’s credentials as a HC:

“Good guy, solid candidate. Fairly smart but not super smart. Concern is he is likely to top out at a B-level coach for team that is in the mix to make the playoffs, but not a real SB chance. Low drama, even keel.”

Look, I’m not an Eagles fan, so I have zero reason to be mad about this source’s so-called ballsy opinion about Nick Sirianni, but this is some serious B.S. Maybe I’m old school, but if you’re going to talk crap about another grown man, you better do so without the veil of being named an “anonymous source.” It’s pretty cowardly, and only makes it harder for Philly fans to accept the new head coach since, you know, there isn’t much out there that fans know.

Running your mouth and not being held responsible is such a wuss move. It’s like the bots on social media who try to troll other people for no reason, or the keyboard warriors who leave comments on things just to be a dick because their real identity’s protected. It’s real loser kind of stuff.

So kudos to the jackass, anonymous source who found it necessary to give a bunch of backhanded compliments to Sirianni on the day he just fulfilled, arguably, his biggest NFL dream of becoming a head coach. I’m not the only one who finds this source to be a little bit of a prick, because people on Twitter reacted similarly to me.

"Fairly smart but not super smart" is the meanest thing I've ever heard.

I have no idea if this guy will be good or not but it takes an extraordinary egomaniac to claim a brand new coach will be exactly *this* good but no more or less. Teams bat .500 at best in coaching hires but this guy’s got the answer key ahead of time.

Again, I could care less about the Eagles, but I’ll be rooting for the guy to succeed and make this person bite their tongue. That’s some Bush League kind of stuff, and something that deserves to have a name behind it so Nick Sirianni knows exactly who’s running their mouth about him.