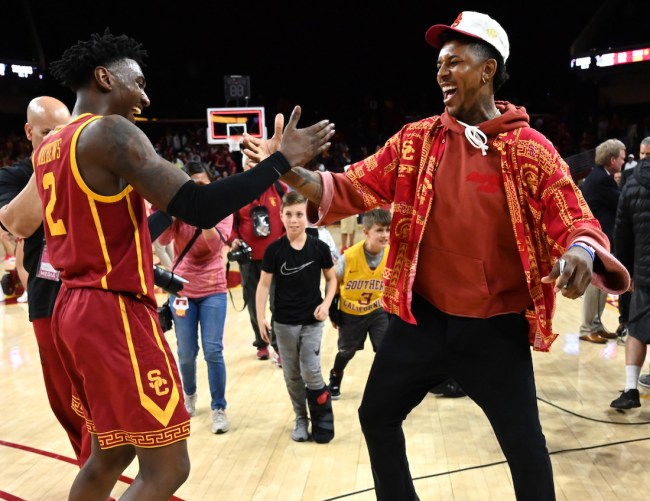 Former NBA player Nick Young has always been known to voice his opinions on a number of different things, with the outgoing sharpshooter being a colorful character both on and off the court. Remember, this is the same guy who cheated on Iggy Azalea, so he clearly seems to follow his own rules without much regard for the consequences. That’s not a dig on the guy, it’s just sort of the facts.

While Young’s reputation was a little stained after the cheating incident with the Australian singer, he also didn’t do himself many favors by getting involved in Gilbert Arenas’ shenanigans. The two were former teammates and, by all accounts, seem to relive the glory days by talking about their off-court interests. Whether that was Arenas claiming to sleep with Young’s “thots”, or Nick Young trying to troll his former friend on Instagram, they sort of set themselves up for looking like jackasses on social media.

Well, Nick Young is getting even more criticism over his Instagram account today, after sexist comments were made regarding women’s basketball from his account. The comments were in response to the Women’s NCAA Tournament not appearing to have the same accommodations as the players in the men’s tournament, and quickly drew the ire of many on social media.

Miss me with this misogyny pic.twitter.com/mxcFaXLRhY

For his defense, Young’s going with ol’ reliable, claiming his Instagram account was hacked, and that the Internet detectives must find these perpetrators.

Dang who hack me like that .. I love women I would never !, all the woman I love …we gotta find this hacker going around l

The comments from Nick Young’s account have since been deleted, so who knows if he was able to retrieve control of his Instagram and remove the sexist comments himself, or if he straight up lied about ever being hacked and figured he’d get rid of the sexist message after seeing the reaction. Either way, his tweet above is terrible damage control, and kind of comes across as sarcasm more than anything.