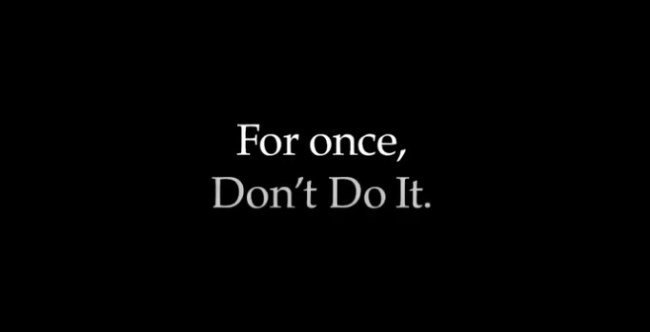 Nike has released a new ad campaign video across its social media platforms calling for Americans to take action against systemic racism and social injustice following the death of George Floyd at the hands of Minneapolis police officer Derek Chauvin.

In the video, Nike replaces their iconic 30-year slogan of “Just Do It,” and changes it to “For once, just don’t do it.”

A Nike spokesperson told CNBC the company had “a long history of standing against bigotry, hatred and inequality in all forms.

“Nike has a long history of standing against bigotry, hatred and inequality in all forms,” a Nike said in a statement about the ad. “We hope that by sharing this film we can serve as a catalyst to inspire action against a deep issue in our society and encourage people to help shape a better future.”