Northern Trust Golf Picks From An Expert You Should Be Following 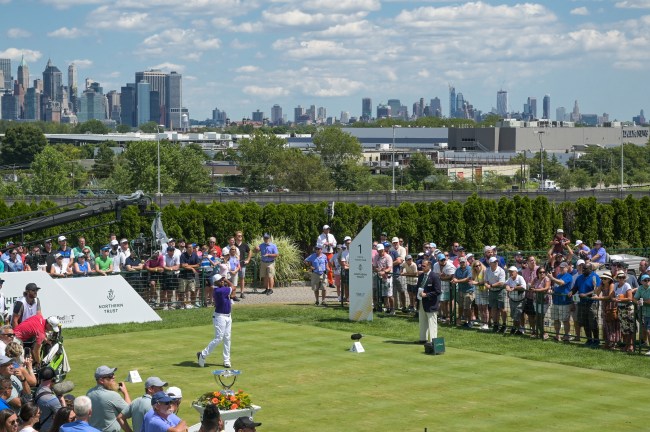 Finally, we took a break from cashing outright winners last week, as none of our guys were able to cross the finish line. A few of our guys had some shots during the week, but as we made the turn on Sunday, our guys faded.  No matter, we are right back at it, ready to come with some fire this week. And as you know, I’ve now picked the outright winner 5 of the last 7 weeks, and 6 of the 10 weeks since the PGA Tour returned.

This week, we head to Northern Trust at TPC Boston, a course known for being an absolute birdie fest. The field is stacked since it’s the first leg of the FedEx Playoffs, and the course is gettable, so we should be seeing a low scoring week.

Looking at past winners here, it’s extremely important to find great tee to green players. Along with that, we want birdie makers, not guys who grind out pars. Past winners here also seem to make up a big amount of strokes on Par 4’s, especially between 400-450 yards.

Below is a refresher on how I am allocating my bets this week, and who I like to take down the Northern Trust.

As far as betting, I’ll keep track of the overall performance for the year each week. The important thing to understand is that betting on golf is hard. Most weeks we are going to lose, but one winning week, can make up for multiple losing weeks. I’m taking a long-term approach, and hoping to finish the season up. As you will see, we are going to spread our money out to multiple players, and hopefully grind out a profit. 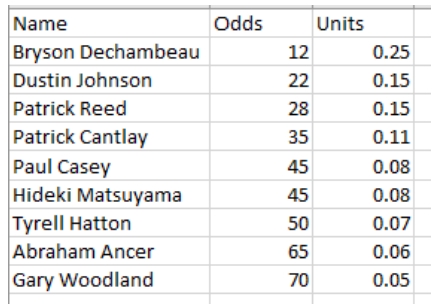 No we’ll take a look at players I have the most interest in using on DraftKings in their tournaments. In these articles, I am going to pick two players that I am the most interested in using, from three different tiers. $9,000 and up, $7500-$8900, and under $7500.

A loaded field means there are a lot of golfers who are cheaper than usual.

It seems like bombers will have an advantage at this course, and obviously Bryson is the man when it comes to bombers. In 8 rounds here, Bryson has gained strokes on the field 75% of the time. He’s expensive, but I like Bryson to be in contention Sunday afternoon.

Reed is ranked 14th in my model, but he has played 23 rounds here, and seems to own the course. He has gained strokes on the field 78% of the time in these rounds, so there is enough of a sample size to see he knows what he’s doing around here.

Berger has just been a machine since the return from Covid, making 4/5 cuts, and finishing 1st, 2nd, 3rd, and 13th in those starts. Great price and great form have me all over Berger this week.

After a dispaointing missed cut at the PGA Championship, Hatton will look to rebound here. He’s played well at this course in his only appearance, and his ranking in my model is elite. He’s also put together two top 5 showings in his 4 starts back on tour, so his form is looking good.

Palmer has been on a roll recently, and we are going to ride him again this week.  He comes in ranking first and second in strokes gained tee to green and approach in the last 12 rounds, so we know his form is hot. Along with being an exceptional par 5 scorer, I like Palmer at his price.

As usual, we want to play Harold Varner III. The guy is consistently undervalued on DK, and we continue to take advantage of his pricing. A strong showing last week had him finish 7th at the Wyndham, and the week before he had a strong showing at 29th at the PGA Championship. He’s a great value this week.