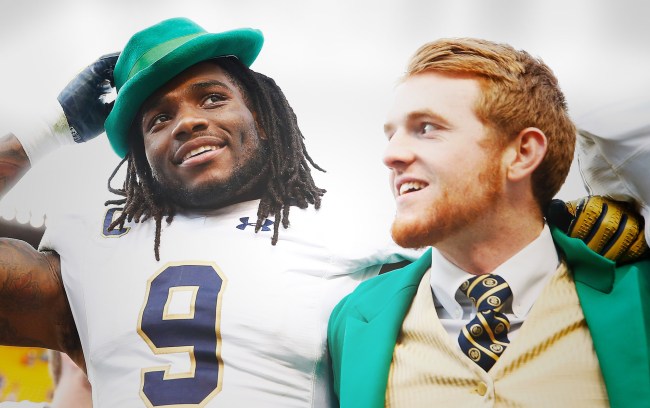 On Monday, Notre Dame became the latest Power Five university to announce that it would be allowing fans to attend football games this fall. The stadium capacity will be limited to 20 percent, which translates to just over 16,000 fans allowed through the gates at Notre Dame Stadium.

Among the details announced, masks will be required to be worn by all fans and students will actually get first priority to tickets before being dispersed to various faculty and staff.

To help keep our community safe this season at @NDFootball…

While Notre Dame announcing limited attendance this year isn’t a surprise, the biggest takeaway here is that while the Fighting Irish will be playing football this fall and welcoming fans, other Power Five schools in the state of Indiana won’t be playing football at all. With the Big Ten canceling its season, Indiana and Purdue won’t be taking the field while Notre Dame joins the ACC for the season and are getting ready to hit the gridiron.

While there have been reports that the Big Ten could be looking at possibly starting a season this fall during Thanksgiving week, a recent update suggests that it’s only a play to save face and that it’s too late for the conference to backtrack on their original plan of no football this fall.

Big Ten fans around the state of Indiana can’t be too pleased with this news of Notre Dame playing football in front of fans while the fate of other programs is completely up in the air.