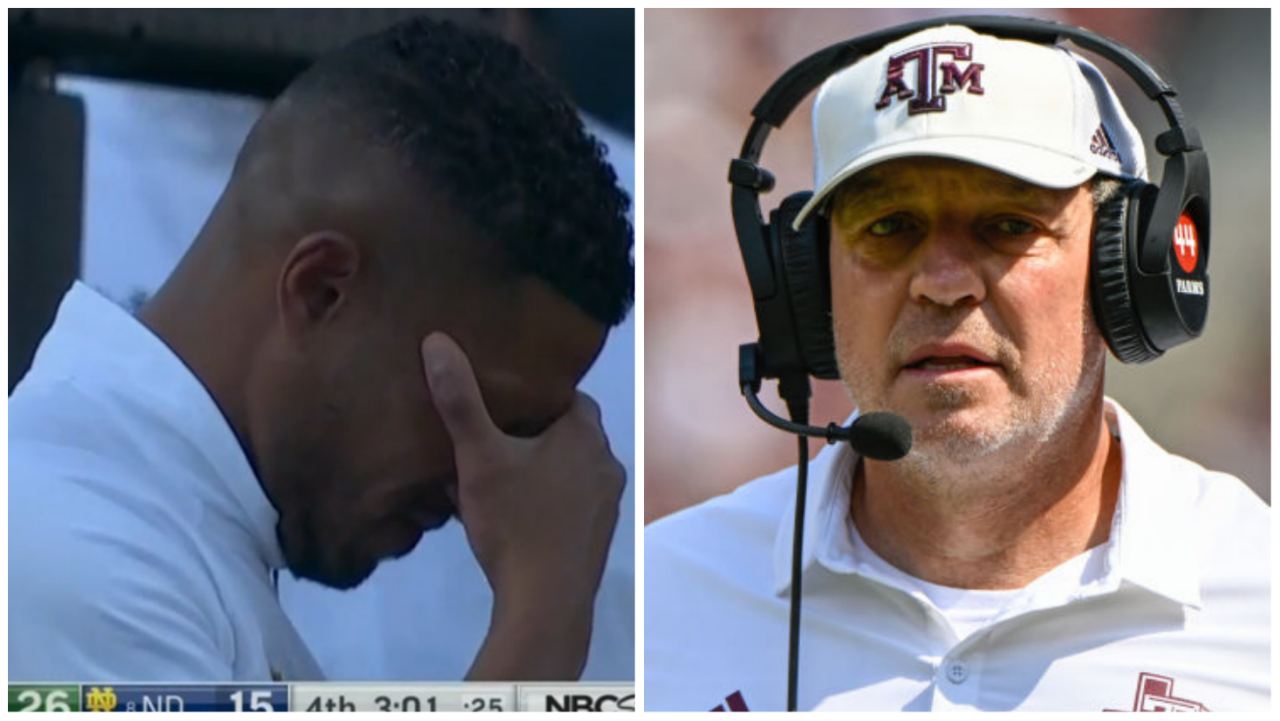 Two top ten teams went down on Saturday afternoon, and both teams had to pay their opponents millions in scheduling fees.

Texas A&M and Notre Dame were both huge favorites against their opponents and were embarrassed at home in their respective games.

According to The Action Network’s Darren Rovell, Texas A&M paid Appalachian State $1.5 million to schedule the game at College Station for their 17-14 loss. Notre Dame paid Marshall $1.25 million to come to South Bend which they lost 26-21.

Texas A&M paid Appalachian State $1.5 million to have them come to College Station. They lost.

Notre Dame paid Marshall $1.25 million to have them come to South Bend. They lost.

Fans went on to mock both Notre Dame and A&M for paying out big money just to lose.

2.75 million and 2 Ls to the best conference in college football is insane #SunBelt https://t.co/SUS6mPUNGO

Maybe teams will learn not to schedule App State in the future considering how many teams they’ve upset over the years.

As a P5 team why are you scheduling App State. No benefit at all lol