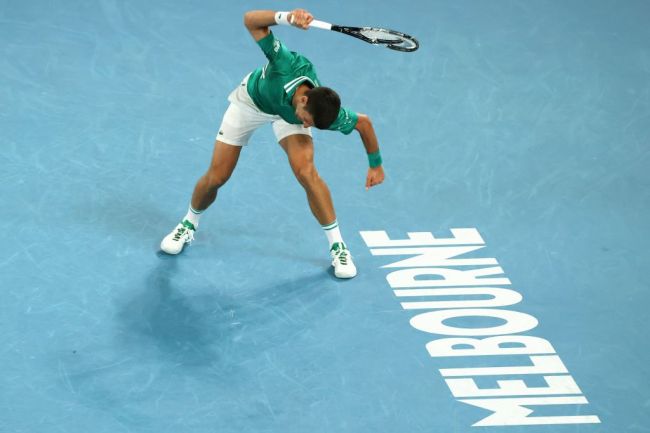 Smashing his racket has become quite the common occurrence for Novak Djokovic, who again lost his cool during Tuesday’s quarter-final against Alexander Zverev at the Australian Open. The 17-time major winner went down 3-1 in the third set and sent a return into the net at deuce, giving his opponent the advantage. He was frustrated, to say the least, and took out his anger on his racket.

The racket was rendered useless and the umpire awarded Djokovic a code violation for the outburst. With service in his corner, Zverev was forced to halt his momentum as the World No. 1 went over to his chair for a new racket.

After returning to the baseline, Djokovic asked the umpire to have the shattered racket bits cleaned up before returning to play. One of the tournament’s ball girls came out with a small brush and dust pan to clear the court. 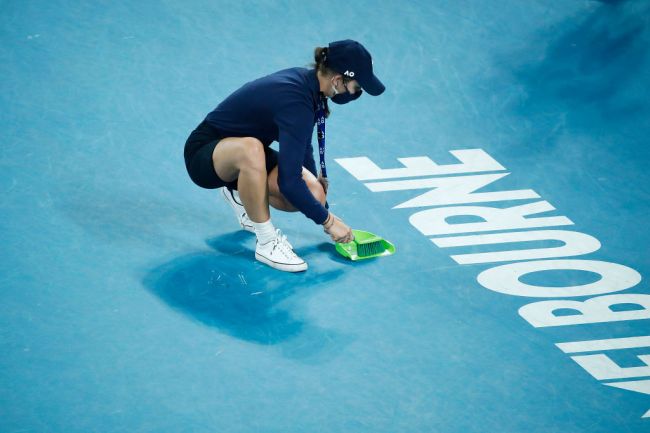 The incident flipped the momentum on its head and Zverev served an untimely pair of double faults in his next service game and the set was back level. Djokovic reeled off five straight games to turn the match around and went on to win 6-7, 6-2, 6-4, 7-6.

In his post-match interview, Djokovic said that his frustration release was a big turning point in the match.

“When I broke that racket, things started to shift for me in a positive direction,” said Djokovic in his on-court interview. Later, during the media session, he added: “You go through a lot of different emotions. You go through a lot of inner battle, and everyone is different. I have my own demons that I have to fight with, and I’m sure everybody else has them too. Everyone has their own way of dealing with that. To me it happens and then today it actually helped, even though I don’t intentionally do it in order for it to help me. It’s just accumulation of things that happen in big moments and some shots that were missed. I just kind of let it go. Poor racket.”

Djokovic advances to the Australian Open semifinal for the ninth time in his career and his 39th Grand Slam final four. He will face Aslan Karatsev for the first time in the next round with a final berth on the line.