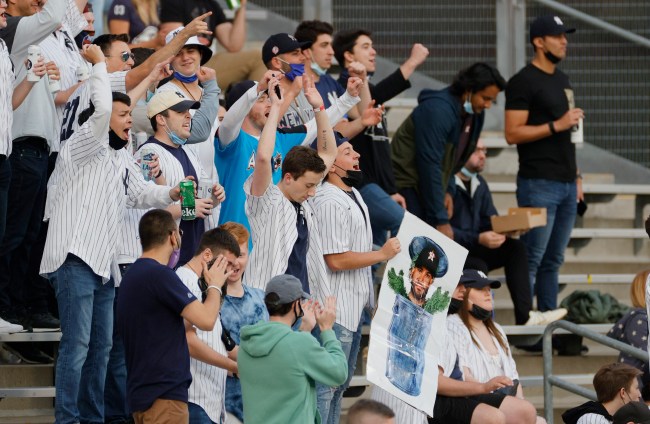 Back in 2019 the Astros were labeled cheaters after the MLB found the team banged on trash cans to alert hitters to what pitches were coming during their 2017 World Series run. Since then, fans around the country have mercilessly trolled the Astros whenever they come into town. On Tuesday night, it was the Yankees fans’ turn to mess with the Astros players.

Even before the game started Yankees fans were chanting ‘You’re a cheater’ at Carlos Correa.

Things really popped off when Jose Altuve went up to bat. Not only did Altuve get loudly booed by fans but they immediately started chanting “fuck Altuve.”

Jose Altuve gets absolutely bombarded with boos as he steps up to the plate to lead off pic.twitter.com/L3cQV7yrCx

Got a distinct “fuck Altuve” chant in the first. pic.twitter.com/TGRstOepa2

This atmosphere is indescribable. #Yankees fans just went from a “F*** the Astros” chant, to cheering when Brantley got out, to booing Alex Bregman, to breaking out in an “A**hole” chant. All in one minute! pic.twitter.com/TLSH3XXeXM

A “fuck the Astros” could later be heard on the TV broadcast.