Odell Beckham Jr. Regrets How He Left Cleveland And Says He Has No Relationship With Baker Mayfield 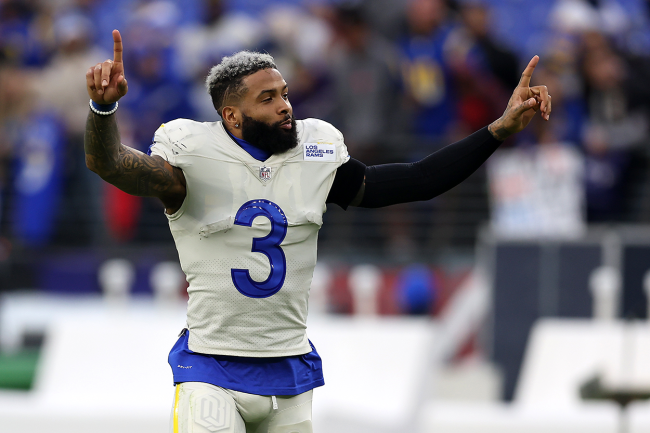 Odell Beckham Jr. forced his way out of Cleveland about as loudly as he could have. The 29-year-old wide receiver’s relationship with the Browns quickly deteriorated at the start of the 2021 season and now he is playing in the Super Bowl with the Rams.

Ahead of Sunday’s big game, Beckham Jr. spoke with the media and admitted that he regrets how he left.

“One of the biggest regrets that I have about the way things ended is I just didn’t get — it’s like having a breakup but there really was no closure and it’s kind of just like you go, that’s just it. One thing I’ve always been big on in my life is closure. Because I feel like if doors are not closed, they’re always still open. Just having to leave, leave these guys that are your brothers, you have lifetime friendships with, and it just happened so abruptly. A lot of things were out of my control. By the time I woke up, the video was already posted, it just was unfortunate. Sometimes things go that way in life and you just have to roll with the punches. I just think about, here I am now and just making the most of the opportunity that I have.”

He also addressed his relationship with Baker Mayfield.

The video that Beckham Jr. referenced was posted by his father on Instagram. It essentially exposed Mayfield for not throwing the ball to his son, who was wide open all year.

Beckham Jr. says that he has not spoken to Mayfield since his departure from the Browns, but hopes that he and his former quarterback will be able to find some closure in the future.

OBJ on if he has talked to Baker Mayfield since leaving #Browns:
“We haven't. Like I said earlier about closing doors and being able to have closure. that conversation I'm sure it will be at some point in life.”

In the end, Beckham Jr. getting out of Cleveland was incredible beneficial for him. He just wishes that it played out differently.