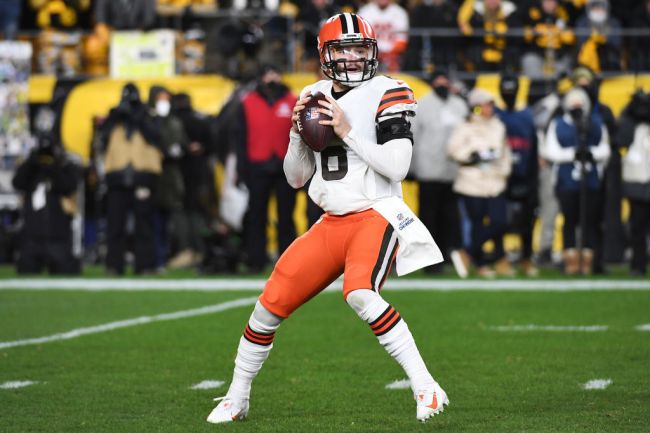 That seemingly means that every NFL team’s quarterback situation is set heading into the 2022 NFL season.

While that’s good news for the Browns and Panthers, there is one quarterback in the league who appears to be stuck as a backup for his current team.

Jimmy Garoppolo now seemingly finds himself with very few options to be a starting NFL quarterback next season. His best chance is for the San Francisco 49ers to trade him to the Browns, but with the Browns paying Deshaun Watson’s massive salary and eating $10.5 million of Baker Mayfield’s salary, it’s tough to picture them also bringing in Garoppolo.

He is due to make $25.6 million for the 2022 season, which would be another steep cost cost for the Browns as they try to figure out their quarterback situation.

The Seattle Seahawks could also be in the market for a QB, but there’s no way the 49ers would trade Garoppolo to them.

That could mean that Garoppolo will spend this entire season as a backup to Trey Lance unless the 49ers cut him or another team’s starter suffers an injury.

Some may believe that Sam Darnold is the biggest loser in this deal as Baker is directly taking his job, but Garoppolo has a way better case for being an NFL-caliber starter than Darnold does. Darnold’s time as a starter was getting close to its end whether or not the Panthers made this deal.

It would be a disappointing outcome for the QB who led the 49ers to the NFC Championship Game last season, but Baker taking the last open starting spot in the NFL looks like it means Jimmy G will need to wait a little while before he gets another shot at leading a team.