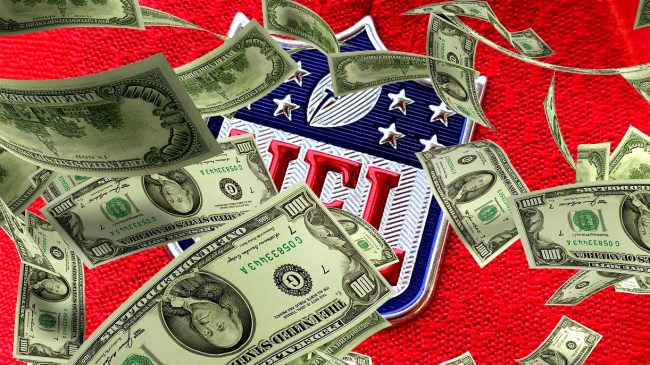 What is the deal with OnlyFans models spilling the tea on their bedroom escapades with professional athletes these days?

Sure, it’s an easy way to gain followers, but dang… how do pro athletes keeping getting caught up in this trap? Have they learned nothing from Antonio Brown?

This week, during an appearance on the We In Miami podcast, OnlyFans model Breanna Akili, who goes by the handle @brebrethemermaid on Instagram, was asked about private encounters she has had with celebrities.

“Have you ever had sex with a celebrity?” she was asked by the show’s host.

“Who?” the host then asked.

“One of CMG members… EST Gee,” she claimed to squeals of joy and laughter from the women in the studio.

The host then asked if she’d ever done anything freaky to a celebrity and again her answer was “yes.”

“An NFL player… like four of them,” she replied.

“In one week. I mean, I wanted to have fun,” she continued. “I got flown out by four NFL players, back to back, in one week. I was busy as f–k that weekend. I made a bag.”

“They cut a check?” the host then asked.

“Yeah, all of them did,” she responded.

When asked who the NFL players were she didn’t give them up, but did say, “Okay, I’m gonna say the team… Steelers. I think like three of them on Kansas. Three team members on Kansas City.”

A post shared by We In Miami Podcast (@weinmiamipodcast)

A lot of the comments were positive, applauding her for what she did, but not all

“Do they realize they’re admitting to prostitution and at least three other crimes when they do this and tell us?” one person asked.

“Take notes ladies. This how you get a husband,” a female viewer commented.

“Some sh-t you take to the grave,” another person commented.

“It’s crazy how vocal the thotlife is these days,” wrote another viewer.

“Just here for the comments,” someone else wrote.

Not that she cares what anyone thinks, writing on an Instagram story, “Still don’t give a f–k. I’ll do it again.”