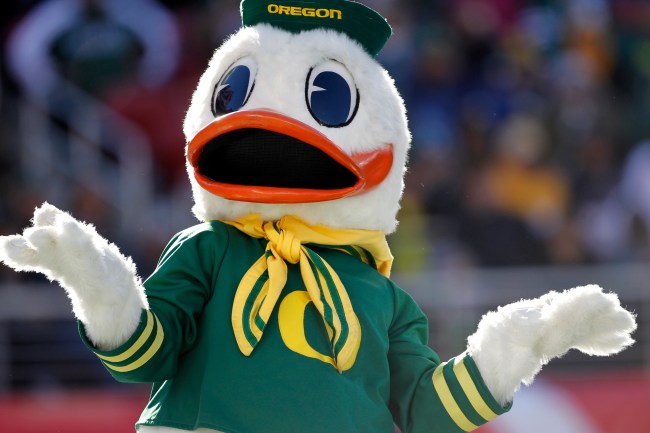 Oregon football was forced to move quickly after head coach Mario Cristobal left for Miami. However, according to a new report, the Ducks had to settle for their second choice after a notable candidate said no.

When the news became official that Cristobal was leaving Eugene, a few names began to circulate. Among them were Kalani Sitake, Chip Kelly and Justin Wilcox.

Sitake, who recently signed an extension with BYU, was interviewed for the job. He either did not interview well or expressed concern about leaving the Cougars. Oregon chose to pass.

Kelly, who was the head coach at Oregon from 2009 to 2012 is entering the last year of his contract at UCLA and his buyout drops to zero on January 15th. It would have been a cheap, easy way to fill the opening. Although he was interviewed, the Ducks went in a different direction.

Wilcox, who was born in Eugene and played cornerback for the Ducks, has done a great job with limited resources and talent at California-Berkeley. He also interviewed for the job, knocked it out of the park, and impressed everyone who was in charge of the hire.

According to The Oregonian’s Joe Canzano, he was set to be the next head coach of the Ducks. The job was his and athletic director Rob Mullens formally offered Wilcox on Friday.

But Wilcox said no.

That is when a report began to surface that Georgia defensive coordinator Dan Lanning was going to be hired to fill the vacancy. Oregon vehemently denied the report.

The reason for that, according to Canzano, was a hope that Wilcox would change his mind.

“I’m told the Ducks paused to make one final ‘Hail Mary’ run at Wilcox early Saturday morning. The Cal coach slept on it and told Oregon he still wasn’t coming.”

Although it is unclear what that ‘Hail Mary’ run entailed, it didn’t work. Lanning was hired at 2 p.m. PT later that day.

By all accounts, the feeling around Lanning is overwhelmingly positive. But he wasn’t Oregon’s first choice.