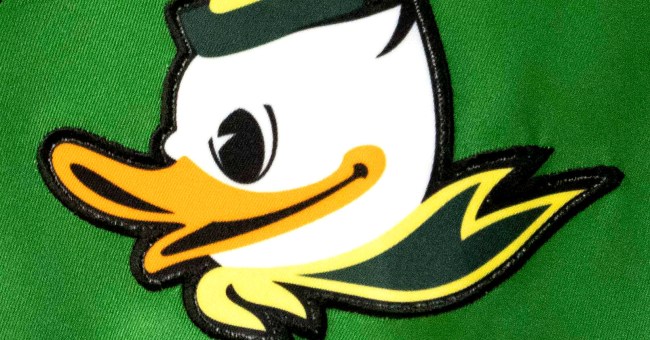 That’s because over the weekend Cruse, a senior outfielder for the Ducks, went viral on social media for dancing as she prepared to smoke line drives in the batting cage.

Cruse, #26 in your programs, is no flash in the pan either, both social media-wise or as a softball player. She’s collected over 113,000 Instagram followers, and she led Oregon in batting average (.348) and stolen bases (13) during the 2019 season.

That 113,000 number is bound to grow, however, as the video of her dancing in the cage has now been watched over 3.1 MILLION times.

In fact, she has gotten many date requests and marriage proposals since her video went viral.

Not everyone was focused on the dancing. She also drew rave reviews for her sweet swing.

Yo! Can we just show everyone how on path this swing is and the drive she gets off the bat?!? @haley_crusee you should slow mo your swing for people and give them a sense of what the breakdown is!!! #LINEDRIVEPOWA #Missiles pic.twitter.com/PMqBG6Ud9m

Half of you out here thirsty af and I'm watching that swing. 👀 pic.twitter.com/FYH7QHJi60

And some smart (read: thirsty) folks went ahead and combined their compliments.

That’s a great swing! MUCH better than mine. Maybe we can get together and take some BP and you can give me some pointers?

I came for the dancing, but I’m a stan for that fucking cut! That swing is 🔥

Just your monthly reminder that I am, in fact, a softball player and not a tik toker

When someone tells me it’s world softball day so I have an excuse to post yet another softball pic. Grateful for the sport that has given me everything I’ve ever dreamed of! Can’t believe I only have one year left 😭🥎 #WorldSoftballDay

Jas and I are sorry to announce that we were not able to film a new video this week. HOWEVER, IT IS STILL #GAMEDAY. AND WE ARE STILL LIT. Luckily, we saved some old bloopers and never before seen choreography that we thought wasn’t good enough to post, yet here we are posting anyway. Don’t worry, we’ll be back next week and better than ever 😉