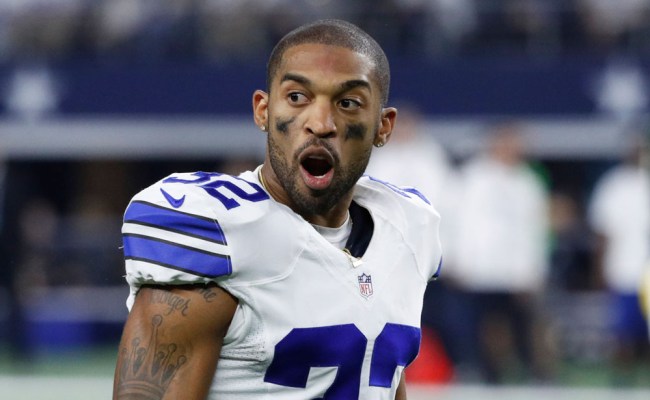 It’s good work if you can get it. The Washington Redskins will have paid cornerback Orlando Scandrick $1 million this fall for playing a grand total ZERO plays for them in the regular season.

How is this possible, you may be asking? And how do I get a job like that?

I can’t answer the second question, but the answer to the first one is because Scandrick signed a two-year contract with Washington on March 19th of this year. On August 14th of this same year they cut him. So, because Scandrick received a $1 million signing bonus as a part of the deal, he gets to keep that money without ever playing a single down for the Redskins. Talk about your buyer’s remorse. Ouch.

#Redskins are releasing CB Orlando Scandrick, source says. Signed him to a two-year deal in the spring after getting cut by Dallas. Washington’s younger corners have impressed. Scandrick has a shot to latch on with another team looking for a veteran.

Scandrick got a $1m signing bonus from Washington when he signed. Not bad for an offseason of work and part of camp.

A million bucks just to practice. I bet even Allen Iverson could get on board with that financial plan.

Not that Scandrick is the first professional athlete to get paid to do pretty much nothing. Far from it. He’s not anywhere near the top of that list, he’s just the latest to join it.

Jumping in the wayback machine, one of the biggest offenders of all time when it comes to getting paid to do nothing in the sports world has to be when pitcher John Lackey was paid $15.25 million by the Boston Red Sox in 2012. Sure, he was out with Tommy John surgery, but I’d be glad to go under the knife for that kind of money anytime.

Then again, the story of Andrew Bynum’s first and only season with the Philadelphia 76ers might be even worse. Bynum missed the entire 2012-13 season with knee problems after signing with the team as a free agent. How much money did he receive for not playing a single minute that year? Oh, just $16.9 million.

And what about Allan Houston who was the second-highest paid player in the NBA during the 2005-2006 season when he made $19 million for playing in zero games? What a deal!

So yeah, Scandrick making a million bucks for going through training camp? The Redskins must think that is some kind of steal.