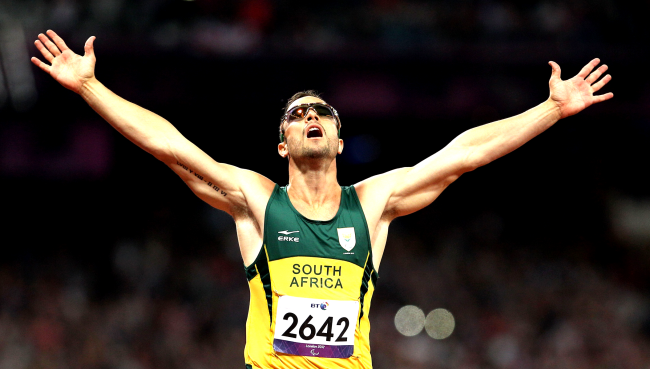 The six-time gold medal winning Paralympian was found guilty in 2014 of killing Steenkamp by firing four gunshots into his bathroom door on Valentine’s Day in 2013 while she was inside the room.

Pistorius claimed that he thought the 29-year-old model and paralegal was an intruder hiding in the bathroom when he opened fire.

The Supreme Court of Appeal of South Africa overturned his initial culpable homicide (the equivalent of involuntary manslaughter in America) conviction and sentence of six years, changing his conviction to murder and upping his sentence to 15 years in prison.

Related: 5 Most Interesting Takeaways From The Oscar Pistorius ’30 For 30′ On ESPN+

DailyMail.com reports the convicted murderer has spent the past six years in a low-security jail in Pretoria. He will now meet with South Africa’s department of correctional services to address his possible parole.

South Africa’s department of correctional services said in a statement they were setting up a meeting between Steenkamp’s parents and Pistorius as part of the ‘restorative justice’ process.

The statement said offenders ‘must acknowledge and take responsibility for their actions’ and that both parties must have the opportunity ‘to reconcile or an apology’.

Correctional services spokesperson Singabakho Nxumalo said the department were ‘not yet there’ on possible parole for Pistorius.

‘They [inmates] have to appear before a parole board. A determination is then made about whether they are ready to be sent back into the community or continue to stay in prison serving the remainder of their sentence.’

Reeva Steenkamp’s mother June has stated that she and her husband Barry “would like to participate in the victim-offender dialogue,” but they were “shocked and surprised” that they were going to have to address Oscar’s possible release this soon.

“June has always said that she has forgiven Oscar, however that doesn’t mean that he mustn’t pay for what he has done,” the Steenkamp’s lawyer Tania Koen told SABC News. “Barry battles with that a bit, but that is something he will have to voice at the appropriate time.”

Oscar Pistorius, 34, was originally not supposed to become eligible for parole until March of 2023, but an error makes him eligible now.

The Supreme Court of Appeals admitted that the judge in the case failed to take into account the more than 500 days Pistorius had already served when he was sentenced.

Should Pistorius get through these preliminary steps in the parole process, it still does not guarantee that he will granted an early release from prison.

Julian Knight, Oscar’s lawyer, told the New York Times, “When Oscar is eventually released on parole, I don’t think he’ll be anywhere like the Oscar that went into prison